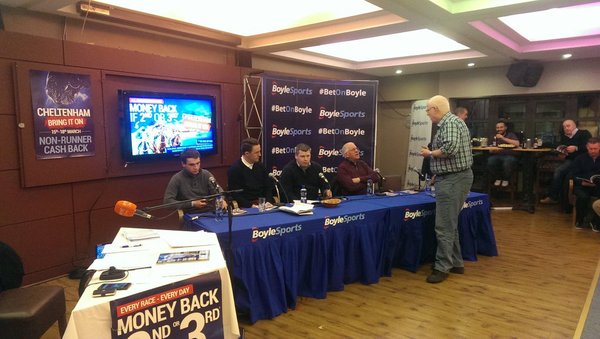 Gordon Elliott hopes to have between 20-25 horses at the Festival, says it’s “all systems go” at home

Arkle
Douvan has what makes Usain Bolt so good, according to Ted Walsh: “He can run faster than anyone else”
Johnny Burke, riding Sizing John in the Arkle, says Douvan looks “beautiful” from behind.

8/1 for Willie Mullins to train a Cheltenham winner:

Willie Mullins had eight winners at last year’s Festival and is 1/500 to train a winner this year so the 8/1 boost looks pretty tasty to be fair. Only £5 allowed but its £40 in your pocket! 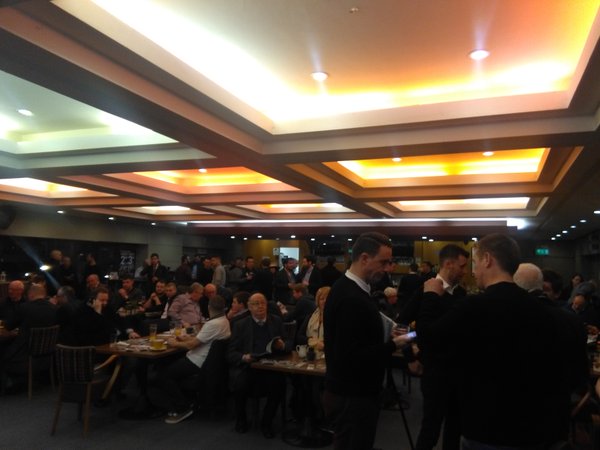 Champion Chase
“Of all the divisions, the 2 mile chase division is really weak”, according to Liam Nash, who fancies Un De Sceaux
Plenty of love for favourite Un De Sceaux in the Champion Chase, more a question of what will finish second

Gold Cup
Ted Walsh worried about Djakadams ability to stay on his feet, says he doesn’t know what Ruby will chose but is a big Vautour fan
Djakadam is the horse Gordon Elliott is most worried about in the Gold Cup, will be surprised if Ruby isn’t aboard
All the panel have questions over the ability of Vautour to stay the distance in the Gold Cup
Offered a choice of Gold Cup mounts, Johnny Burke goes with Don Cossack ‘cos Godon Elliott is sitting here’
The inevitable question – Gordon: Don Cossack is flying, better ground suits, may not use cheekpieces
The resurgent Cue Card is the “single most consistent chaser this season” according to Liam Nash
Gold Cup Predictions: Don Cossack for Gordon, Johnny and Leon, Cue Card each way for Liam, Vautour for Ted

On The Fringe has nothing to beat in the Foxhunters according to Ted Walsh – “They’re a bunch of goats”
Yanworth appears to be the panels choice for the Neptune Novice Hurdle, although Ted likes Yorkhill, who may run