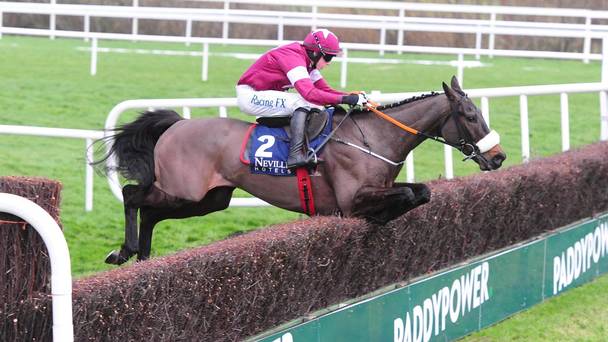 Richard Moore continues his Ante Post Guide to the Cheltenham Festival by taking a look at Day Two and the RSA Chase on Cheltenham Wednesday.

The RSA chase, run over 3 miles on the Old course at Cheltenham is one of my favourite races of the week.

It requires a unique blend of cruising speed and bottomless stamina to come to the fore, and in the past ten years alone, three past winners have gone on to Gold Cup success (Denman, Bob’s Worth and Lord Windermere), with one more (Alberta’s Run) going on to glory in the Ryanair chase.

The market for this year’s race is dominated by two horses at the head of the betting. The main Irish hope is the Gordon Elliot trained No More Heroes, and representing Britain is the Jonjo o’ Neill horse More of That.

Both of these horses have previous Cheltenham festival form, More of That having defeated Annie Power in the 2014 World Hurdle, and No More Heroes having placed when looking unlucky in running in last year’s Albert Bartlett hurdle.

The race has been billed as a match between these two since around November, when both looked impressive on their early ventures over the larger obstacles.

More of That undoubtedly achieved a higher level over hurdles than the Elliot runner, but had missed quite a bit of time through injury prior to his chasing debut in November. He is also the more ground-dependent runner, with a marked preference for a sounder surface.

No More Heroes has looked the more assured jumper of fences so far, breathtaking in how he attacks them. His 9 length demolition job of the 148-rated Rule the World demonstrated how he has taken his form to a new level this season. As a son of Presenting, even though a lot of his top form is on soft ground, I wouldn’t have many concerns on better going.

Seeyouatmidnight is prominent in many lists for this race, but he has disappointed the few times he has run on decent ground, and I would not consider backing him unless the heavens opened. If the going was decent, Blacklion would come into the reckoning.

He was defeated by Seeyouatmidnight on his last run, but the ground conditions were heavy that day, and on a sounder surface I would fancy him to at least reverse that form, for all that he may not have the class of the top two in the market.

The picture is clouded slightly (as always!) by the potential destinations for the plethora of potential Willie Mullins runners. Kilultagh Vic looks JLT-bound, but the rest are not so clearly defined.

Roi des Francs, Pont Alexandre, Black Hercules and even Outlander could all turn up, although more likely will be divided out in some way between here, the JLT and the National Hunt Chase over four miles.

Of that quartet for this race I would think that Roi Des Francs is most interesting, but as he is in the same ownership as No More Heroes, he is possibly least likely to run.

No More Heroes has a potential entry in the Flogas chase at Leopardstown on Irish Gold Cup day, he will surely be long odds on to win there, while More of That may well go straight to Cheltenham without a prep run due to his need for decent ground.

The sensible thing is to wait until the day to see the ground conditions before having a bet – very fast ground might swing it towards More of That/Blacklion, but in my view No More Heroes looks to be very hard to beat on good-soft or worse.