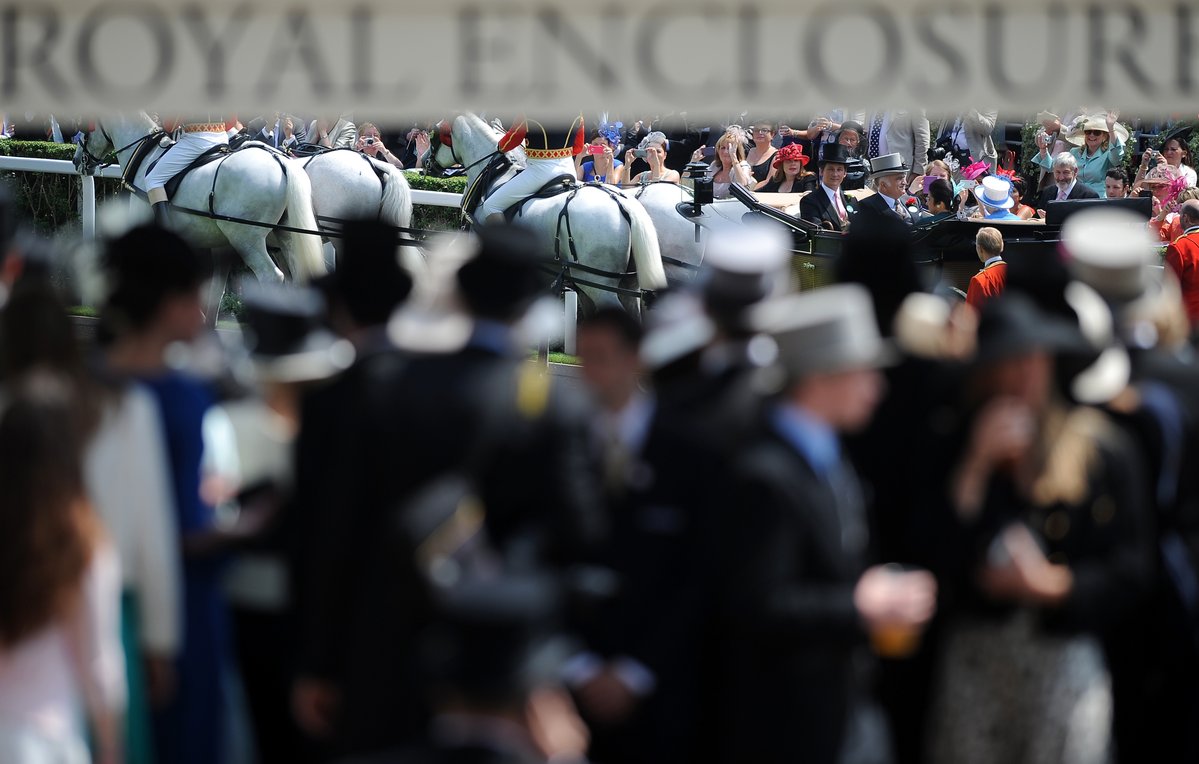 Brian Epstein was a steady improver last year for Richard Hannon and I’m very keen on his chances in the Silver Royal Hunt Cup. The form of his final start last season, at Musselburgh in early June, has worked out well- the next three horses home were all rated higher at the end of 2019 than the marks they ran off when beaten by Brian Epstein, with the third and fourth both attaining marks higher than 95.

That’s the exact mark Brian Epstein races off here, and the assessor has been lenient to him by not touching him after his seasonal reappearance, when only a clear handicap blot in Cap Francais was able to get the better of him.

That was his first start for over a year, and I think it was a tidy race for the level, with the third-placed favourite Be More, who Brian Epstein pulled over three lengths clear of, a winner on two of her previous three starts.

He’s thoroughly unexposed in this sort of big field handicap, and I’d be hugely surprised if he wasn’t up to winning a good race from this rating, which still underestimates his ability.

Berlin Tango has already won in Group 3 company this season, and looks to have a good chance to add another victory at that level in taking this ten-furlong contest.

He was fairly smart at two, with his best effort being his third-placed run behind Molatham and Wichita in the Flying Scotsman Stakes at Doncaster, getting to within a length of the narrow 2,000 Guineas runner-up. Nevertheless, he always shaped like he would better over middle distances and made a winning return in Kempton’s Classic Tria a fortnight agol, form which has already been boosted at the Royal Meeting by Pyledriver’s victory in the King Edward. He’ll concede a penalty for that and has certainly shown more of his hand than the likes The Queen’s runaway novice winner First Receiver, or Ballydoyle’s Russian Emperor, who was still learning on the job when runner-up in the Derrinstown last week.

I’m generally a fan of ante-post favourite Juan Elcano, but I’m not sure how much improvement the extra two furlongs will bring out of him, and of the horses arriving here off the back of a run in the Guineas, I’d be keener on Kenzai Warrior, who lost all chance at Newmarket after fluffing the start but looked like this would be his sort of trip as a juvenile and has a solid e/w chance a 14-1.

The Kempton Classic Trial form represented by Berlin Tango will also be put to the test in the following handicap by Bright Melody. The son of Fillies’ Mile winner Lyric Of Light was a running-on third in that Group 3 on his first start since a victorious debut at Chelmsford in January, so the step up in trip to twelve furlongs from ten looks like a logical step. He’s still quite a raw animal and cheekpieces come on for the first time here, but he’s clearly already pretty smart and the conditions of this race should see him to best effect,

To Nathaniel, who was third to Bright Melody at Chelmsford, didn’t look the finished article when winning himself at Kempton last week but saw every inch of the trip out well and is also shortlisted from a beneficial drawing of 14, as is Convict, all stamina on pedigree and a wide margin winner of a useful ten-furlong nursery at Newmarket on his final start as a two-year-old.

The feature on Day 2 of Royal Ascot has attracted a field to merit it’s top billing. Japan was arguably the leading three-year-old colt last season, consistently showing improvement throughout the season after his Derby third to win the King Edward, Grand Prix De Paris and the Juddmonte before faring with credit to finish fourth in the Arc.

A replica of those final two efforts should be enough to win this, and given that his workmanlike style tends to leave him looking as if he has a little bit less in hand than is probably the case, he looks a fair price at around 6/5.

The only real negative comment that can be thrown Japan’s way would be his poorest runs in his prior two campaigns have been first time out, but he was clearly a slowburner of a horse who was always going to improve with experience, so I’d be happy to overlook that now that boy has clearly become a man.

The main danger is Headman; similarly progressive, albeit at a lower level than Japan, over his three-year-old season. He is better than he was able to show when fifth in the Irish Champion Stakes and ten furlongs is definitely this horse’s optimum trip, whereas Japan may be fractionally better over further. Nevertheless, he’s still unproven at the top level in comparison to the rock solid favourite and will have to up his game once more.

Addeybb has been productive in Australia over the winter, as has Barney Roy in Dubai, and though both are well up to competing in Group 1s, Addeybb would surely need softer ground to be seen to best effect in Europe, whilst the strength of Barney Roy’s opposition in Meydan was weaker than it is here and he probably needs a return to his three-year-old form to take this.

Lord North was clearly a Group horse in handicaps for much of last season and gained his first win at Group level in an up-to-standard renewal of the Brigadier Gerard ten days ago, but requires a clear career best here.

Mehdaayih is good enough to win Group 1s against her own gender this season, but has work to do against the best of the boys, whilst Bangkok is more dangerous at a level or two below his grade.

Raising Sand is an Ascot stalwart and has been a reliable go-to each-way option in big handicaps such as this for a few seasons now; placing in this last year and the Victoria Cup last year before winning the International.

He ended the season better than ever, finishing ahead of the likes of Phoenix Of Spain, Accidental Agent, Magna Grecia, King Of Comedy and Benbatl in the QEII. Obviously, that form isn’t to be taken exactly literally, as all his progress was very late in the day and he was never in the first half of the field, but he merits his current rating of 108 and in a race where several similarly experienced but exposed types of Raising Sand’s ilk have recently been showing inconsistent form, or looking generally regressive, I’d be happy to retain the faith in a horse as clearly solid as Raising Sand.

The other horse I’d be keen on is a different type entirely- William Haggas’ lightly-raced four-year-old grey Montatham, who is a horse clearly on the improve after his ready win at Newmarket last time out.

He’s up 8lbs for that run, but the evidence there suggested the physical impression that he’ll be even better this season and he might still have a few pounds in hand of his mark of 97.

Prior to the Irish season restarting, Aidan O’Brien had spoken about his excitement surrounding the progeny of first season sire Air Force Blue, so it was no surprise when his first runner for the stallion, Chief Little Hawk bolted up on his Navan debut last week. I think that was the most exciting performance we’ve seen from a European two-year-old, so faith is retained here.

Unfortunately, one man makes this race a little bit less straightforward as potentially may have been for Ballydoyle; a certain Mr Wesley Ward is back on British shores and fires Sheriff Bianco and Sunshine City at this in an attempt to plunder this race for the third time.

The former, who races in the colours of Qatar Racing, has retained rider Oisin Murphy on board and shaped better than the bare result of his debut second at Churchill Downs, whilst the filly Sunshine City is ridden by Frankie Dettori and was a debut winner at Gulfstream. It’s a little bit of a guessing game when attempting to assess how their American form correlates to what we have seen in Europe, but bookies and punters are now all too aware of what Ward can produce and his duo are the real jokers in the pack.

For a trainer who saddles as many two-year-old winners as Archie Watson, his record when solely looking at runners in stakes company is far less impressive, which is a worry for fans of Mighty Gurkha, who repaid strong market confidence with an emphatic seven-and-a-half victory at Lingfield. He still looks the best of the British, though, ahead of Get It and Tactical, both placed in a strong-looking Newmarket event.

A new race for the meeting for older horses over 1m6f, and one I’d be happy to stay closer to the top of the market with.

Fujaira Prince hasn’t been seen out since his staying-on third behind the smart duo Baghdad and Ben Vrackie in the Duke Of Edinburgh here last season and surely has the talent to win a big handicap of his nature, also having come within a neck of taking the Jorvik Stakes at the Dante meeting on his start prior.

He’s clearly not been the easiest to train, and has as many runs to his name for the six years of his life, but the extra two furlongs should not be an issue and his current mark of 99 is workable if his arc of progress is continuing.

Second-favourite Ranch Hand is 5lb higher than when beating Listed quality performer Trueshan on handicap debut at Haydock last time, having spent the early season running in Derby and St Leger trials and can be forgiven a no-show over an extreme trip in the Cesarewitch next time.

The pair could well go on to compete on a race such as the Ebor later in the season, and I think the betting has it in the right order with this event, which Fujaira Prince just getting the nod over his main market rival.