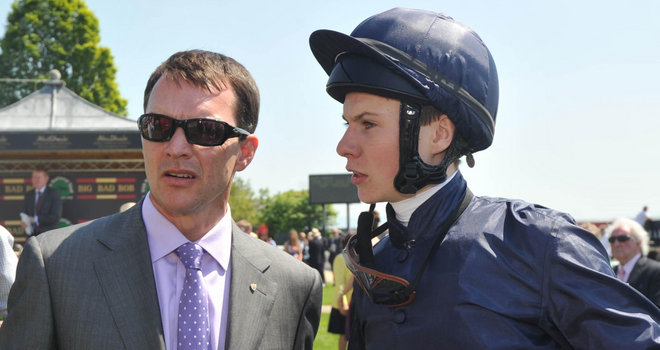 Today is all about whether you are with or against Prince of Wales’ Stakes favourite Treve, who is the highest rated horse in training and makes her UK debut at Royal Ascot…..

She is trading at 8/11 to bounce back after losing her unbeaten record last time out to stablemate Cirrus Des Aigles and she does have a few questions to answer.

She was an epic winner of the Arc D’Triomphe last season but three-year-old fillies have a huge advantage in that race the way the weight for age scale is and with that confidence deflated defeat last time I’m more than happy to take her on at short prices.

The shape of the race brings forward a fantastic opportunity for punters to smash into the each-way market as a dead eight are set to go to post with bookmakers legally obliged to pay the first three past the post in the each way market.

A lot of punters are siding with Mukhadram in that department but although consistent, this is a horse that has yet to taste success at the top level and could be fairly described as a glorified front runner with a tinge of class.

The one I like at the prices is Magician, who has got his ideal conditions after getting stuck in the mud behind Noble Mission at the Curragh last time out.

Joseph O’Brien didn’t give the horse a hard time of things in the conditions and knowing the way Aidan O’Brien trains his horses, Magician will be cherry ripe for this contest today.

His win at the Breeders Cup where he flew home off a strong pace to nail The Fugue was a hugely eye-catching run as was his win in the Irish 2000 Guineas a three-year-old. He has the ability to land a race like this and if there’s any flaws in Treve’s make-up, Magician will be there take full advantage. Get on with four points each-way stakes at 13/2.

Elsewhere on another great day of action, and my money is going down on the chances of Mustajeeb in the Jersey Stakes. Dermot Weld’s star three-year-old looks crying out for seven furlongs judging by his high-class effort behind Kingman in the Irish 2000 Guineas, where he travelled well on heavy ground before floundering behind the impressive winner in the heavy conditions.

That form is strong and at 5/1 he rates as the most likely winner despite having to carry a penalty. Get on with two point win stakes.