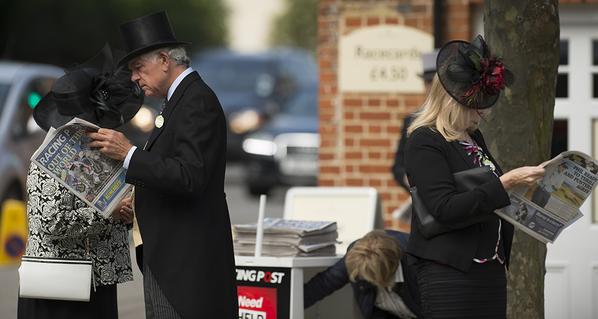 Ivawood dominates the market in the opening race on Day Two but he looks a shocking price having to carry a penalty in the Jersey Stakes (2:30).

He ran third in both the English and Irish Guineas but on both occasions looked like a horse that just struggles to completely see out his races. The drop back to seven furlongs may help him slightly but I’d much rather be a layer than a player at 5/4.

BOSSY GUEST is the horse of interest here. Mick Channon’s horse is a reliable customer that finished just half a length behind Ivawood in the 2000 Guineas and also suffered trouble in-running that day. His profile may not be as sexy as the favourite but he’s an honest horse on an upward curve and he will be very tough to keep out of the frame. At 10/1 he’s one of the best each-way bets of the entire week.

The Queen Mary Stakes (3:05) looks one of the trickiest puzzles to solve of the week but the favourite BESHARAH could be the answer, albeit with small stakes. William Haggas’ speedy filly has won both her starts this season in the style of a Group One performer and she’ll be hard to stop if progressing in the manner that is expected.

INTEGRAL will be many people’s idea of the best bet of the day and it’s hard to put people off wading in on her chances around the even money mark in the Duke of Cambridge Stakes (3:40).

Sir Michael Stoute’s filly is the top miler currently in training in the UK filly division, winning this race last year along with the Sun Chariot Stakes at Newmarket.

The key to her is the ground. She relishes a quick surface and as long as there is no significant watering at Ascot, she’ll get her perfect underfoot conditions.

Trainer Dermot Weld has mooted a bit of caution regarding the chances of FREE EAGLE in the Prince of Wales´s Stakes (4:20) but at 3/1 he rates as a decent wager to get his season off to the perfect start.

It’s been a slow process to get this exciting colt to the top level but after an injury free winter, he’s finally ready to go.

The four-year-old finished third in the Champion Stakes behind Noble Mission and Al Kazeem on just his fourth start last season on ground that was far too soft. A switch back to a quicker surface is a huge positive and he’s the most likely winner of the event.

The ROYAL HUNT CUP (5:00) is the usual cavalry charge with 30 runners going hell for leather over a mile but this looks a decent renewal with some good progressive horses lining up. The two to side with are YOU’RE FIRED at 18/1 and GM HOPKINS at 10/1.

I’m taking two against the field in the Sandringham Handicap (5:35) too, with LOVELY SURPRISE at 33/1 and TAZFINN at 16/1 standing out as the clear each-way value in a race that looks wide open.