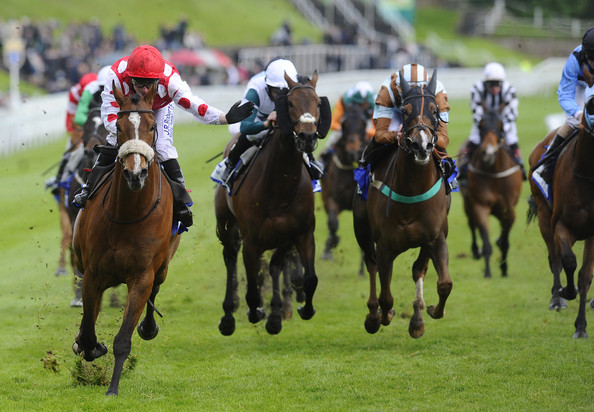 Lewis Jones has decided to swerve the daily action today and has started to put together some ante-post Royal Ascot bets. Here’s his first and his eyes are firmly fixed on a 33/1 chance in the richly competitive Wokingham Handicap on the Saturday (21st June)……

Sir Maximillan made a massive impression on me when I was standing in the stands at Chester at their May meeting and the subsequent working out of that form has only further enhanced my theory that we have a horse on our hands that should rate much higher than a mark of 96.

He’s entered up in the Wokingham Stakes at Royal Ascot on the Saturday as trainer Tim Pitt has purposely swerved many decent six furlongs prizes in order to sustain this very workable mark for this lucrative prize. The 33/1 on offer from Betfred should be snapped up with confidence.

The frustrating five-year-old has always shaped with a horse of huge potential over the sprint distances but a switch to Pitt’s yard seems to have done the trick. He was hugely impressive when romping clear at Chester and this was after having to make his challenge from midfield against two horses that got a soft lead.

His turn of foot was that of a Group class horse and the form has since been boosted with the runner-up Caspian Prince winning the Epsom Dash and the fourth Top Boy landing a very valuable pot at York. Even the seventh place horse Noble Storm romped away to win his next start by two and half lenghts.

You have to take a little bit of a leap of faith in terms of the selection actually getting into the race but with a mark of 96 I’m confident he’ll squeeze in down the bottom somewhere.

Usually around 26-27 horses get into the race and the lowest mark last year was 96.

There are 57 runners above him in the handicap at this entry stage but many of those at the head of the weights will drop as trainers won’t be in a rush to run a well handicapped horse, which many at the top are, in such a hot Royal Ascot handicap.

To a certain extent, it’s not the end of the world if he doesn’t make the grade as Betfred are non-runner no-bet on the race and at the time of writing are the only firm that are offering the safety net promotion.

If you haven’t got a Betfred account but want to take advantage of the non-runner no-bet offer, then you can grab an account here.

Make sure you milk them for the £50 matched deposit too.

Get on with four point each-way stakes. This bet is a cracker.