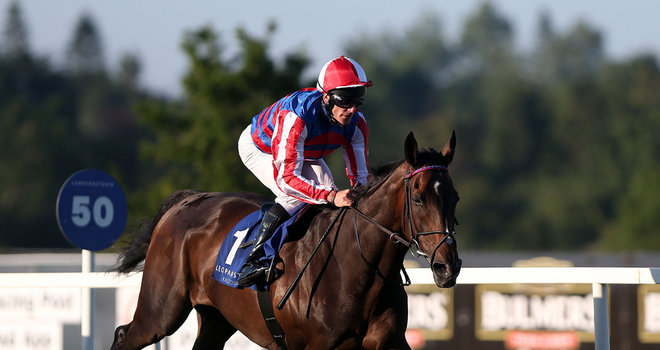 Lewis Jones has decided to swerve the daily action today and has started to put together some ante-post Royal Ascot bets and looks at the Ascot Gold Cup today….

Leading Light is a favourite to respect at the head of the betting, but not one to be feared, especially around the 6/4 mark. Aidan O’Brien is a master at prepping these staying types for a Gold Cup success as he showed with both multiple winner Yeats and the classy Fame And Glory.

Leading Light probably doesn’t have the class of those two but he has the uncanny knack of winning race without ever looking that impressive. The Ascot Gold Cup is a unique stamina test but everything suggests that Leading Light, who won the Queen’s Vase and the St Leger last season, will stay the trip.

He has so much going for him, but the racing at Royal Ascot is always very competitive and I wouldn’t be going anywhere near the 6/4 at this stage. I’ll gladly let him win at that price.

The market is a tasty one to approach from an each-way perspective.

If the ground was soft Tac de Boistron would be the main challenger to the jolly but Marco Botti has already stated he won’t be running on ground that isn’t soft. With dry weather predicted all week, his price of 7/1 should be ignored.

Brown Panther isn’t a guaranteed stayer in my eyes and looks a bit short against some tough horses at 6/1. He’ll no doubt be popular on the day though, so there may be a trading angle there.

Last year’s winner Estimate landed this race for the Queen last season but has had an interrupted build up to the race and this looks a much deeper race than last year.

The one I’ll be backing at the prices is the Johnny Murtagh-trained Royal Diamond, who won at Ascot in strong staying fashion on Champions Day last season. Course form is always worth respecting in Berkshire and despite being beaten a fair way by Leading Light on his last start, has the capabilities to make more of a race of it over a longer trip and at Ascot.

If you look back through his form, he always seems to improve as the season wares on, which should give his followers plenty of hope that he’ll be primed for a crack at Gold Cup glory.

He isn’t getting any younger at eight-years-old but that shouldn’t put punters off having a stab at the 16/1 with BetVictor. Get on with one point each-way stakes.