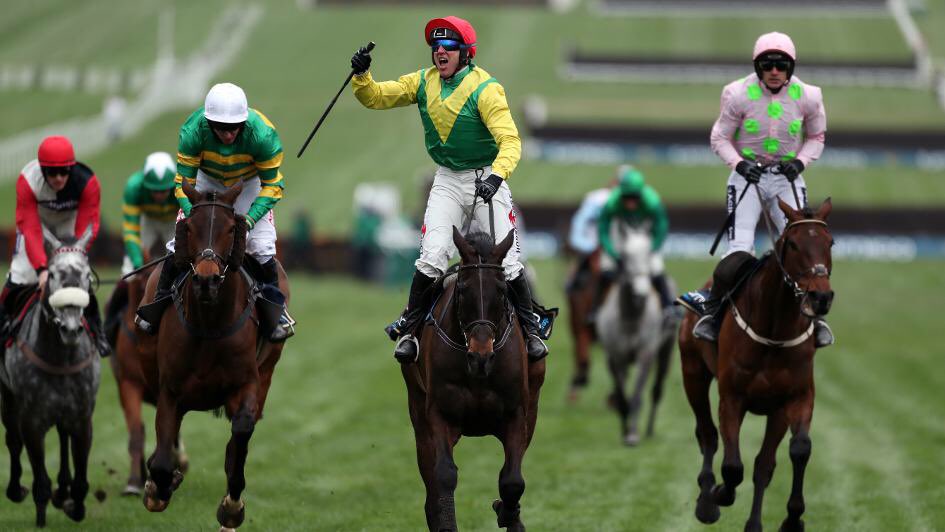 Profitable days racing yesterday at Punchestown and I’m hoping for more today. Shame about Labaik, I hope all those who backed the horse got their money refunded.

Day Two looks another belter to be fair so lets dive straight in.

The opening race on day 2 of the Punchestown festival is a very tricky looking race.

Lot’s of these have chances. Drumcliff the favourite has not lived up to expectation. He beat the now graded winner Capitaine on debut but since then he has proven disappointing, he has potential to be better but he’s a very frustrating horse to follow.

I can’t have him today.

Fridaynightlights would be the one they would all have to beat in this if he gets into the race, he’s currently a reserve though.

You should watch this one closely in the market for clues.

A Rated should not be the price that he is currently. This horse has run some solid races in bumpers and novice hurdles without winning.

His 3rd to Presenting Percy and Battleford in a bumper is decent form as his his 4th last time out in a novice hurdle behind Mossback.

He’s having his handicap debut today off a nice mark and I think he could run a big race – I’m going to put up two horses for this race, both each way at huge prices.

The 2nd race on the card is a 2 mile 4f hurdle race with 10 runners going to post. For me this race looks a two horse race between Battleford and Minella Till Dawn.

Minella till Dawn took a bad fall last time out and I think this run might come too soon.

Battleford had some top class bumper form and placed in the Champion Bumper at Cheltenham and Aintree. He hasn’t taken to hurdles as expected but has shown a fair level of form.

I strongly fancied him for the Martin Pipe at Cheltenham but he didn’t get into contention. His previous 2nd to Monalee rates good form and he would win this based on that run alone. BATTLEFORD is my selection for this race.

The 4:55 is a Grade one 3 mile novice hurdle with eight runners going to post. This race looks a three horse race based on the form and ratings.

Presenting Percy, Penhill and Monalee are the fancied contenders. Presenting Percy easily won the Pertemps handicap hurdle off a big weight at Cheltenham on his last start.

He’ll be bang there at the finish but he might just come up a bit short. Penhill and Monalee are classier types.

They finished 1st and 2nd in the Grade 1 Albert Bartlett at the Cheltenham festival.

There wasn’t much between them then but the one major difference today is the ground. Monalee hated the good ground at Cheltenham and will be much more at home on this ground.

I think it will prove the difference today. MONALEE looks a decent bet in this race at 3/1.

The 5:30 is one of the feature races of the week and it is the Grade 1 Punchestown Gold Cup Chase.

Sizing John the Cheltenham Gold Cup winner comes here today to add to his incredible season. This horse has gone from strength to strength this season ever since he has moved to the Jessica Harrington yard and stepping up in trip.

His main dangers today are Outlander and Djakadam who he beat at Cheltenham and former gold cup winner Coneygree.

Outlander for whatever reason does not like Cheltenham and it’s the 2nd year in a row that he’s run a stinker at the festival. I think we’ll see a much better performance from the horse today and I think he could well be the one to put it up to Sizing John.

Coneygree is no where near as good as the horse he was when he won the Gold Cup as a novice and as much as I love him he’s been trouble with injury after injury and I wouldn’t be surprised if was to be retired after this.

I’d love to see him win for his connections who have put so much work into the horse but I cannot see it happening.

Sizing John is a solid favourite but at the prices I’m going to go for OUTLANDER each way at 9/1.

I know he’s a better horse than what he showed at Cheltenham and he’d have a great chance based on his Lexus win.

The 6:05 is the Grade 1 Punchestown Champion Bumper. There may only be seven runners going to post but it looks a cracking race.

I had fancied Carter Mckay for the Cheltenham Champion Bumper but he was beaten a fair ways by Fayonagh in the end who came from the clouds to win.

Someday was supposed to run that day was a non runner due to the ground being too quick.

This one’s form was boosted by Ciliaos Emery winning a Grade 1. This horse finished 2nd to that on debut. It then won a decent bumper at Leopardstown.

Poli Roli was bought for a large amount of money and won easily on debut. Skipped Cheltenham and Aintree with this in mind.

It’s hard to weigh up who is the best between the main three Fayonagh, Polo Roli and Someday.

It’s going to be a great tussle between them up the straight.

It’s tough to make a decision but I’m going to go with SOMEDAY.

The 6:40 is a decent handicap chase over 2 mile 4f. I’d give solid chances to five of these.

Rightdownthemiddle ran a great race when 2nd over 3 mile 2f at Aintree on it’s last start.

Drop in trip will suit but this horse finds it tough to win races.

Stablemates Irish Cavalier and Vintage Vinnie ran 11th and 7th in the Grand Sefton over the national fences last time out.

There is no difference in the weights today but Irish Cavalier has proven form at this course.

He won this very race last year off top weight on the same ground. He is 2lb higher this year but that isn’t too bad considering this horse won the Grade 2 Charlie Hall Chase at the start of this season.

His form tailed off since but it did last season too when winning.

Mr Diablo loves this track and this festival. He was a gallant 2nd at the festival last year. He was down the field in the Grand Sefton last time but should go better back here today.

Polidam is the dark horse in the race.

This ex french trained horse is having his first run for Willie Mullins today.

Hard to weigh up the form but Ruby Walsh rides, could be well handicapped or could be too high up the weights.

He could well win this but I’m going to go for IRISH CAVALIER who won this race last year.