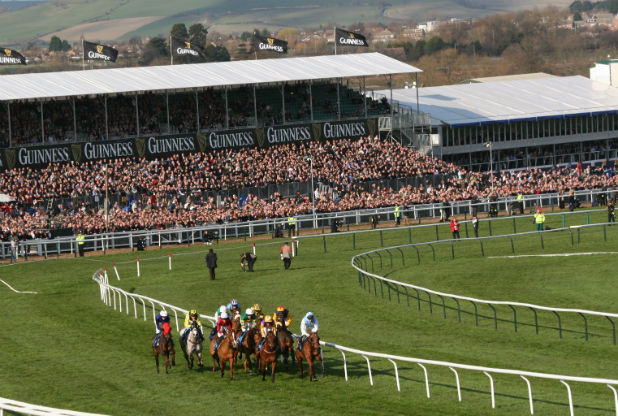 Nicholas Canyon (Odds 4/1): Thoroughly likeable and streetwise hurdler, who was rated 111 on the flat for trainer John Gosden and has fulfilled his promise switching to the jumps game this season for trainer Willie Mullins.

Opened his account over the sticks at the top level with a breezy win in a pretty weak Grade One at Fairyhouse before blotting his copybook when unseating Ruby Walsh at the Christmas festival at Leopardstown in a race won by Sizing John.

That was most certainly an isolated mistake as his jumping and general demeanour at the racecourse has been very professional bar that slight error.

He sprung to the top of the Neptune market when winning a very strong running of the Deliotte Novices Hurdle in January.

The jockeys came out after the race and said it rode like a proper Championship race and Nicholas Canyon led them all a merry dance from the front, staying on strongly to beat Windsor Park by over three lengths.

The seven-year-old has done little wrong in his career over the sticks, winning a novice event at Fairyhouse before being caught on the line on heavy ground over three miles by Martello Tower in a Grade Two at Limerick.

He duly reversed that form back on a sounder surface and a shorter distance in another Grade Two at Leopardstown, showing a fine turn of foot to speed away from a good field – including Windsor Park – to win by over three lengths.

Parlour Games (Odds 7/1): This is seen as trainer John Ferguson’s best chance to break his Cheltenham Festival duck. Rated 97 on the flat, he’s always been a quirky customer but the application of a hood has improved this horse beyond all recognition.

After being beaten by Blue Heron at Kempton in a Listed race, Parlour Games then went and thrashed Blaklion at Cheltenham before winning the Grade One Challow Hurdle at Newbury.

He travelled like a Ferrari that day and had enough in the tank to see off two smart stayers in Blaklion and Vyta Du Rock.

Despite being officially a novice everything about NICHOLAS CANYON screams professional and he looks a fair price to land the opening race on Wednesday around the 4/1 mark.

Mullins’ smart performer can be forgiven for an unlucky U next to his name at Leopardstown and punters should concentrate on his impressive front running beating of Windsor Park and the highly touted Alvisio Ville in February.

The Gigginstown-owned Outlander doesn’t strike me as a horse that will relish the stiff finish at Cheltenham judging by the way he was outstayed in the mud at Limerick earlier this season.

Parlour Games could be a superstar but is a quirky beast and the form of the British novices at this level isn’t stacking up well.