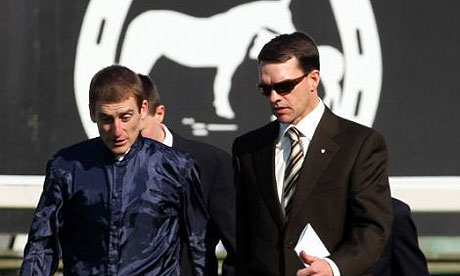 Some above average racing is on the menu today from Naas and Windsor and Lewis Jones has two strong fancies for his followers to ponder….

Nothing is more likely to get my punting juices flowing as much as the chance to take on a weak Aidan O’Brien favourite that has a bad draw and is ridden by his son Joseph.

Master O’Brien is a talented jock, don’t get me wrong, but time and time again we see him get tactics all wrong on his father’s horses in big races. He lacks the experience and give me Ryan Moore, Jimmy Fortune or Richard Hughes any day of the week.

O’Brien is aboard Giovanni Boldini in the Owenstown Stud Stakes at Naas (2:50) and the 6/4 on offer is screaming to be taken on.

The market leader is well clear on official ratings but has never really performed to such standard on these shores. He was last seen when running midfield in a very messy and below par French 2000 Guineas and strikes me as an overrated three-year-old that is being priced up purely on the reputation of his stable.

I’m going to take him on with the filly Chicago Girl, who is still a maiden but has some very strong form in the book as a two-year-old and has plenty of scope at this level. Granted, she has her quirks (runs in headgear for the first time here) but running second behind the very well regarded My Titania last season is form to be taken very seriously.

Trained by the very capable Johnny Murtagh, she’s a very strong traveller should have come on from her seasonal debut in a Group Three at the Curragh where she was given an easy time of things when finishing midfield. The daughter of Azamour deserves respect at Listed level and at 11/1 with BetVictor is well worth following with three point each-way stakes.

Back in the UK, and there’s a fascinating contest at Windsor tonight with this columns old friend Montiridge dropping back to six furlongs in the Weatherbys Private Banking Leisure Stakes (7:30).

My feelings were strong about the way the horse was ridden in the Lockinge when given no chance by Richard Hughes from the front but today will be a day where he’s at his optimum and six furlongs should be well within his grasp.

He’s a strong traveller and with plenty of pace in this contest, the race should be set up for this classy sort to swoop late. Get on the juicy 9/2 with three point win stakes.