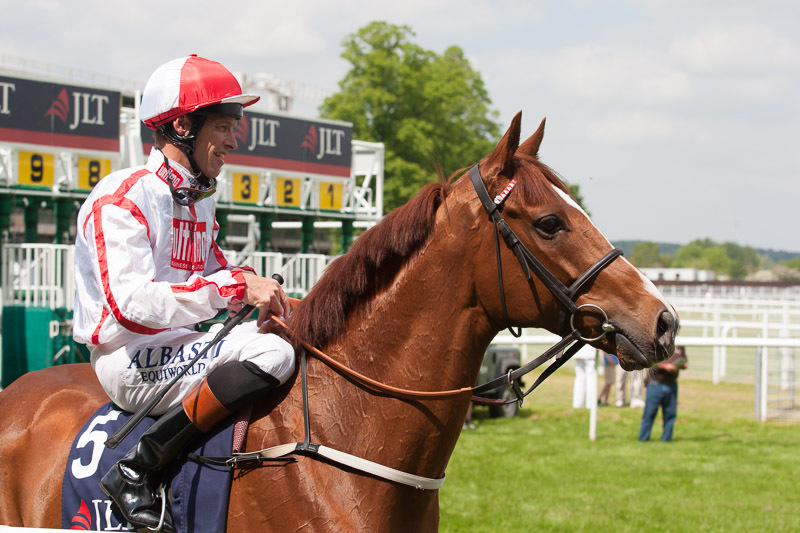 Lewis Jones is at Windsor this evening, sniffing out the value for Cheltenham Talk followers. He thinks he’s found an angle to exploit, backing a Jamie Osbourne filly to come out on top in the penultimate race…
ORATORIO´S JOY looks to have fantastic claims for in-form trainer Jamie Osbourne, who has saddled four winners from his last 11 runners, at Windsor this evening. The 4/1 shot goes in the ROYAL WINDSOR RACECOURSE MONDAY NIGHT CLUB HANDICAP at 8:50 and with Richard Hughes booked to take the ride at a course he excels at, it would be a huge surprise to see this one finish out of the frame.
Hughes has ridden six winners for Osbourne from just 20 rides in the last five seasons and it seems the champ is the go-to-guy for Osbourne when he has a fancied runner at Windsor, racking up two wins from two rides at the course this season.

The four-year-old filly is going the right way under the watchful eye of Osbourne. She ran out a game winner of a Leicester handicap last time out and a rise of just 2lbs looks very lenient. Looking at her profile, there is an argument to suggest she is unexposed at 10 furlongs on firm ground, having only made seven starts on turf in all. She won two of those starts, the other being a mile handicap on rock hard ground at Bath last August.
Get on her chances today with a one point win stake.
A victory for Osbourne’s charge may go a little way for making up for Toast Of New York’s disappointing run in the  inaugural Belmont Derby run at Belmont Park over the weekend.
The three-year-old had won the UAE Derby on his previous start and went off as short as 9/2 to double up in the States but floundered when push came to shove.
Under Jamie Spencer, he travelled sweetly into contention and at one stage looked a huge threat. However, he found almost nothing off the bridle as outsider Mr Speaker clocked a course-record time to land the spoils.
Speaking on At The Races, Osborne said: “Jamie [Spencer] said he was perfectly happy through the race and turning in he looked like he was about to kick on. He’s run a sound enough race but the last furlong was disappointing and he almost looked like a non-stayer.”
It was bad day at the office for all the British raiders as Aidan O’Brien’s well-fancied Adelaide was beaten into second.
Profit and Loss Record P/L: +116.77
Related Topics: