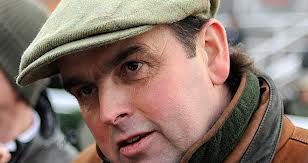 Lewis Jones is wiping away those Monday blues by recommending a horse that he feels will take all the betting today at Towcester. He’s in decent form too after his 14/1 each way selection ran into a place in the Irish Lincolnshire yesterday and a 7/4 shot did the business on Friday….

Happy Monday all. This week is looking a lot brighter following yesterday’s profitable return on Canary Row in the feature handicap at the Curragh. As predicted, the horse that once upon a time chased home Dawn Approach is best caught when fresh and he run a superb race to finish third.

The 14/1 we grabbed early in the day meant we returned a healthy 5/2 return on the place aspect of the bet.

Today we’re back looking at the National Hunt game and a horse has caught my attention at Towcester from the rampaging Alan King yard.

Amazingly, King has actually trained more winners this season than last. That is quite an achievement considering his yard was all-but closed in December due to a problem with the horse’s physical condition.

From just 15 runners at the meeting, his results once again proved just how astute King is at sending out horses to run at the maximum levels at the big meetings. Note that for Aintree.

But for today, we’re putting our faith in Bull And Bush, who runs in the Mick & Sheila 50th Wedding Anniversary Mares´ Handicap Hurdle at 3:00.

King’s charge lacked inexperienced at Cheltenham earlier in the season when getting going too late in a bumper before improving on that over hurdles, finishing a good second behind My Miss Lucy when given too much to do by jockey Wayne Hutchinson and winning a novice race at Doncaster.

The front two pulled well clear at Doncaster that day and their form looks well worth following. The better ground helped her that day and further improvement is expected today.

All things considered, she looks the most likely winner today and it will be disappointing if she doesn’t go close off her current mark. Get on with a three point win stake.