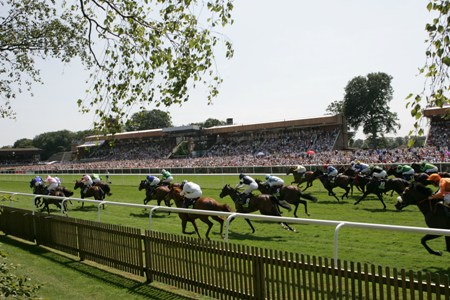 There are fewer shrewder trainers around than Sir Mark Prescott, who for years has been successfully plotting and landing gambles across the country for many, many years. He has had a slow time of things of late but was back amongst the winners in the last few days with winning days at Lingfield and Yarmouth.

The trainer is well worth following when sending his runners on long distance foray’s from his yard in Newmarket and the fact he’s taken ALBA VERDE to Ffos Las in Wales today looks a big pointer to follow. In terms of statistics, Prescott has a 27% strike rate with runners who have travelled further than 240 miles from his base at Newmarket.

The horse in question today has showed little on her three starts to date but that is very typical for a Prescott-trained filly as they usually take plenty of time to come to themselves and rarely perform well in maidens. The selection was unabacked in the market on all three of her starts, going off prices such as 50/1 and 66/1 but now she’s in a handicap and possessing a mark of just 45, it would be foolish to rule her out of calculations today.

The market has spoken positively for the selection this morning with the early quotes of 9/2 all snapped up early doors and now the price is bordering on the 11/4 mark. Considering the market support has now come, even a price of 11/4 is well worth following purely on the basis of the fact Prescott trains the filly.

Get on with a one point win stake.

Meanwhile, the early declarations have been released for Saturday’s Eclipse Stakes, with The Fugue likely to take her chance following her victory in the Prince Of Wales’ Stakes at Royal Ascot.

The 1m2f Group race brings together the best of the three-year-old generation with their elders and Richard Hannon has confirmed 2000 Guineas winner Night Of Thunder for the race.

The Eclipse will be Night Of Thunder’s second race since his shock victory at Newmarket. It follows a reversal of the Classic form at Royal Ascot, where the Hannon horse was defeated by Kingman, who showed that he’s certainly the top miler of that generation. The Fugue is a 7/4 chance while Night Of Thunder can be backed at 3/1.