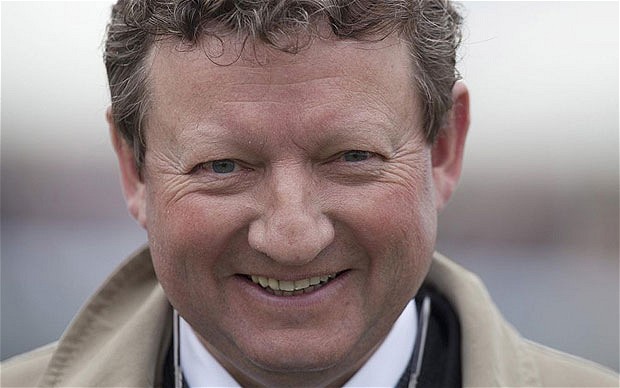 Lewis Jones is in a foul mood this morning as his tip got run out of things in the last 50 yards yesterday and something has got him wound up at Ayr. Read on….

All in all, we was pretty unlucky yesterday. Hamza ran his usual solid race and only faded late on into third but as there was a non-runner only seven ran so our bulky each way bet went out the window. Frustrating times.

Today’s best bet runs at Wolverhampton and we’re following the red hot Mark Johnston yard, who have mopped up plenty of big race handicaps over the past month.

Torridon (4:10) may not look to have first class claims on his recent form but Johnston has an incredible 71% strike rate with three-year-olds in handicaps this season. The 47-rated runner has struggled on turf this season but a switch back to Polytrack may just work the oracle as all three of his winning siblings scored on artificial surfaces and his best run came in a maiden when finishing a good third last season at this track. The 6/1 looks worth a small play with a one point win stake.

Meanwhile, at Ayr the reappearance of formerly disgraced jockey Fergal Lynch is likely to dominate the live coverage today.

Lynch was found guilty of deliberately stopping a horse from winning in 2004 when failing to give his all on 9/2 shot Bond City for his owner who had laid the horse to lose on Betfair. Lynch was found guilty by a court of law and banned indefinitely from the sport and the privilege day job that so many people would give up their granny to do.

Lynch is a proven cheat and the willingness for the BHA to grant him a new licence leaves a rather sour taste in my mouth and no doubt all punters across the UK. Without integrity, the sport of horse racing would last 10 minutes.

Without punters it would last even shorter. Allowing a man who openly admitted to conning the public sets a dangerous precedent in my book. Cheat and you’re supposed to be banned for life but with enough pestering to the BHA it could only be a six-year-ban. Lynch takes the ride aboard Mr Bounty in the Danny Tyson handicap with a media circus likely following the jockey’s every move.

Not a great day for the sport in my honest opinion. Seeing Lynch ride will leave a bad taste in my mouth for sure.