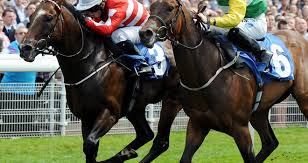 Punters have plenty to chew on today with decent little cards on offer from both Pontefract and Windsor. Lewis Jones has delved deep into both and has come out with a selection in the 3.10 from Ponte…..

Latching onto horses who perform at a greater level first time out is a punting tactic I like to utilise at this time of year and Majestic Myles fits that criteria today at Pontefract.

Richard Fahey’s former Listed winner completely went off the boil at the end of a hard season last year, being smashed up at Chester, York and Ayr. But with bad form comes a drop in the weights and the handicapper has given the selection a real chance today off a mark of 94 on his first start of the season.

Looking at his record, this is most certainly the time of year to catch Majestic Myles. He romped home first time in 2011 when winning a decent handicap over the Rowley Mile at Newmarket before running Red Jazz close in a Listed event at Haydock in 2012 and finishing a close up seventh in the Lincoln last year.

When you consider that effort came off a mark of 107, the fact he gets in off 94 today has to bode very well for his chances if showing the same love for this type of year.

The track and trip is also a big plus for his chances today. A stiff six furlongs like the one at Pontefract is right up this horse’s street. Although he’s done most of his winning over seven, a fast run event over six furlongs should hold fears for the Fahey-trained speedball especially at a track where he’s won before in just one other previous start.

Fahey’s string are running to form too, which is another reason to get involved. The Fahey team had two big handicap winners at the weekend with Farlow at Thirsk and Gabriel Kaka’s in the Spring Cup at Newbury.

The trainer is a master at getting a horse to peak in these top level big field handicaps and Majestic Myles should go very close today. Despite the class of the race, there doesn’t seem much depth to it with most of the runners looking well held off their current mark.

Majestic Myles has won two Listed events in his time and was rated 108 in his prime. Hopefully the 6/1 available today will look a big price come this afternoon.

Get on with three points each-way.