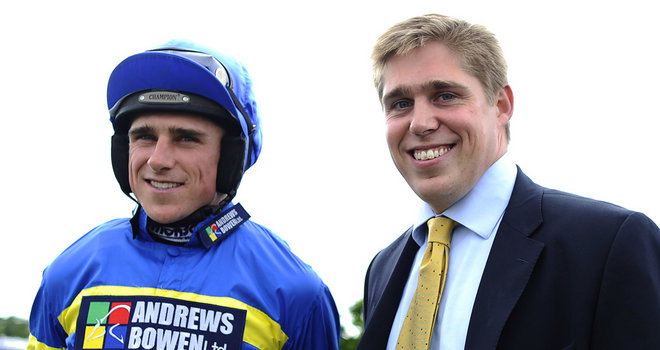 The clock may be ticking slower than ever as we wait for Tuesday March 11 but why not take your mind off wondering why time feels like it’s going backwards and indulge in another of our Cheltenham Festival preview reports.

The latest night of thrills and spills was held in London and was nearly fully attended as these nights show no sign of waning in terms of audience numbers.

There was four racing buffs on the panel.

Lydia Hislop of Racing UK fame was in control of proceedings while she was joined by trainer Dan Skelton, who was assistant to Paul Nicholls before starting up on his own, jockey Andrew Tinker, who has a strong association with the Nicky Henderson yard and freelance PR and racing journalist Tony Calvin, who works closely with Paul Nicholls on his content for Betfair.

Hopefully, the info picked up can be of use to you when deciding where your money is going.

Hislop opened up the talks raving about the things she’s heard regarding how well Vaniteux has been doing at home. The positivity towards the Nicky Henderson runner was in stark contrast to her feelings about Irving, who she said was “ridiculously short”.

Tinker, who works at the Henderson yard, concurred with Hislop saying Vaniteux had been working very well and has grown up since getting beat at Kempton. Skelton went for Irving, which was to be expected but Calvin, who works with Nicholls, was also raving about Vaniteux after the rumours he’d been hearing from the Henderson yard.

Tinkler opened up saying that the blip My Tent Or Yours suffered was nothing serious and was overhyped. He’s his idea of the winner but had a word for Jezki, saying he was perhaps overpriced.

Skelton bought up the fact that five-year-olds notoriously struggle in the Champion and was against Our Conor and Hurricane Fly is the one to beat.

Betting guru Calvin said this race “was one of the worst races of the week from a betting perspective”, pointing towards four strong horses at the head of the betting. If pushed, he would go for Our Conor.

Hislop fancied Kid Cassidy and Special Tiara, who she has backed at big prices, and was very negative about the chances of Captain Conan or Arvika Ligeonniere at any price.

Tinkler had a great analogy for the frustrating Captain Conan: “Captain Conan works like a dream at home, but there are a few people at the yard who cycle to work rather than drive on the back of punting on him.” On the other hand, he thought Henderson’s other runner Kid Cassidy will hit the frame.

“I wouldn’t back Captain Conan to finish his breakfast,” Skelton added about the frustrating Henderson inmate. Calvin was the only one who gave Sire De Grugy a chance, saying that he will back him if drifting to 3/1 on the day.

Skelton, who has worked very closely with Big Buck’s in the past, said he will improve from the Cleeve but he does look vulnerable against Annie Power. Doubts were raised by Hislop about Annie Power’s staying capabilities while Calvin thought the mare won’t settle and could be a bit buzzy in the race.

Skelton had some very good advice for punters, like me, who are struggling to split the two market leaders: “I can’t split the front two in the market and my advice would be to wait until Friday and see which team out of Paul Nicholls and Nicky Henderson is in better shape and back one of them then.”

Hislop concurred that it was between the top two in the market. Calvin admitted he’s had a bit of Triolo D’Alene at 33/1 each way as he can see him running into a place.