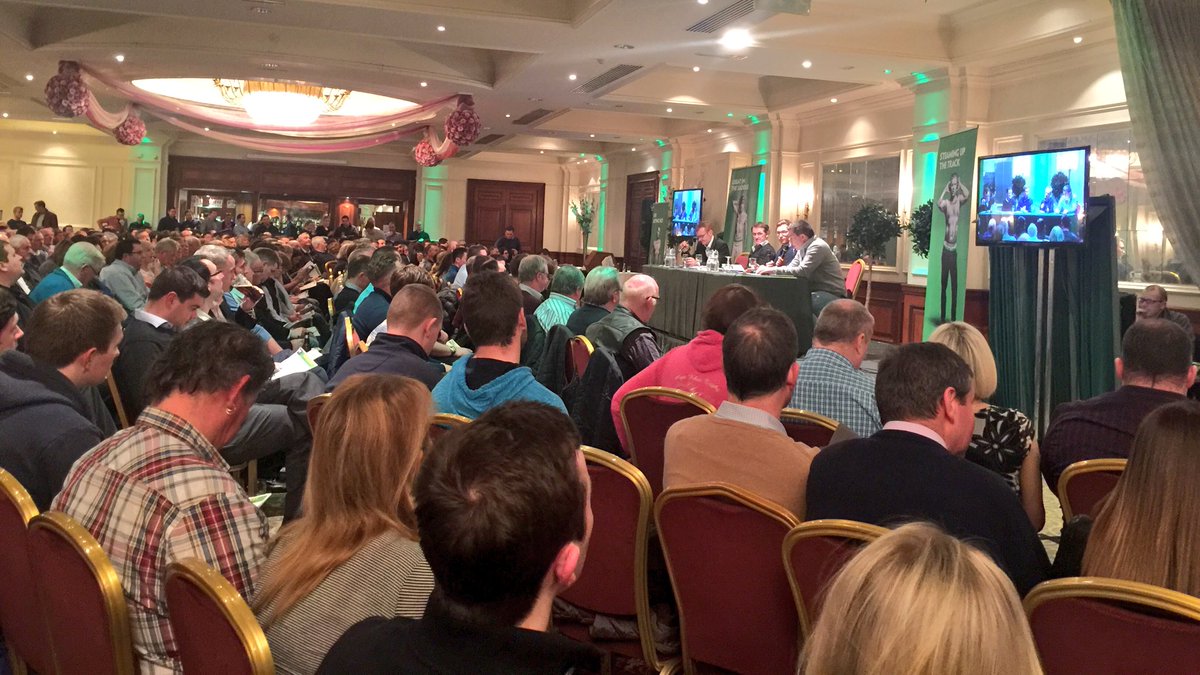 Pointers from the Night:

Supreme Novices
Ruby says Min is a great jumper, loads of pace – he has it all, and is is a dead cert to kick off the festival. Was worried about Min before Punchestown but ‘has done everything right so far’.
AP thinks English horses are middling. Thinks it’s a weak Supreme. Min looks obvious bet in the race but SupaSundae has EW chance.

Albert Bartlett
Betting is all about Barters Hill according to Ruby Walsh. Bad race says NO’B. Up For Review worries lots says RW.

Arkle
Douvan a good thing according to AP  5/2 the Min Douvan double a tasty looking bet.

JLT Novices Chase
AP thinks More of That will win. Solid jumper. Bombproof he says!
NO’B says the JLT is wide open. Goes for Outlander (def runs according to RW) and Garde le Victoire each way
RW says More of That is the 2nd best Nov in training to Douvan. Wins JLT or RSA. Bullish.

RSA Chase
NO’B very impressed by No More Heroes. Jumps well and most likely winner. 5/2 with PP. 2nd biggest loser says RC.
AP says See You at Midnight is a nice EW price. More of That still wins if he runs.
RW says No More Heroes is beatable.
RW says Roi des Francs is a good EW alternative for the RSA.

Champion Bumper
Ruby Walsh says no stand out. Augusta Kate is good but fillies have a poor record but hope she runs.
AP says Aspen Colorado might not run.
OB says HighBridge has an Ew squeak.

Champion Hurdle
Lots of panel support for Annie Power in Champion Hurdle. Will she get supplemented? It’ll cost Rich Ricci 20 grand.
RW says no decision on Annie Power in the CH yet. Not as good Faugheen or Hurrcane Fly but good enough to win this
RW says Annie Power is a runner in the CH only if Vroum Vroum Mag is in shape for the Mares.
My Tent or Yours in good shape and goes to Kempton on Sat for a gallop with Hargam again.
NO’B says race looks winnable and Annie Power should be supplemented. MTOY looks interesting. Ordinary Champ Hdle.
NO’B says Annie Power. AP says Nichols Canyon. OB says The New One Ew. RW says Willie Mullins. RC says Annie Power for the CH.
Sir Tony says MTOY will run a big race in Champ Hurdle but a big ask.

Champ Chase
RW says if Un De Sceaux jumps like he does at Ascot he wins the QMCC. It’s a weak race. Felix Yonger is an EW bet!!
NO’B says UDS is exceptional. Sprinter Sacre running 10lbs below potential. Each Way chance for Special Tiara!
RW says Special Tiara won’t be able to go fast enough to get in front of UDS to front run!
AP says Felix Yonger has an Each Way shout too but Un De Sceaux is the one. Dodging Bullets needs to be a different horse. If UDS stands up he wins is the vibe!

Ryanair Chase
RW says Ryanair is the possibly the weakest race of the fest. Would love for Vautour to run but most prob won’t.
RW says Road to Riches too slow for the Ryanair. Fancies Smashing!
NO’B fancies Al Ferof. Says Road to Riches not good enough for the GC this year. Ryanair suits.
AP fancies Smashing at the prices.
Ruby says he’s going to bend the ears off Ricci and Willie to get Vautour in the Ryanair.
It’s all about Smashing in the Ryanair for the panel.

World Hurdle
AP thinks Thistlecrack is the greatest certainty of the meeting.
Most improved horse in training – AP on Thistlecrack.
RW says Prince of Scars better value than Alpha des Obeaux. Aux ptits Soins a chance at a big price.
RW says Vroum Vroum Mag will def not run in the World Hurdle.
NO’B sweet on Thistlecrack too!

Triumph Hurdle
NO’B thinks it’s a poor Triumph. Ivanovic Gorbatov needs to improve jumping. Impressed with Apples Jade & Gibralfaro
Whoever is not already doing so.
AP says Sceau Royals looks the pick of the Brits. Keep an eye on the Adonis this wkend.

Gold Cup
RW says he’s going to decide when Vautour and Djakadam work in the Curragh 7 days prior who he’ll ride.
RW says fractions were the key to Cue Card out staying Vautour in the King George.
AP says Vautour will not stay . Likes Don Cossack.
Smad Place has no chance according to our panel!!
NO’B says Vautour stays but was outstayed in the King George. Likes Don Cossack as a more likely stayer.
AP says Holywell has no chance in the GC but a chance in the National. Modus possibly goes to the county.