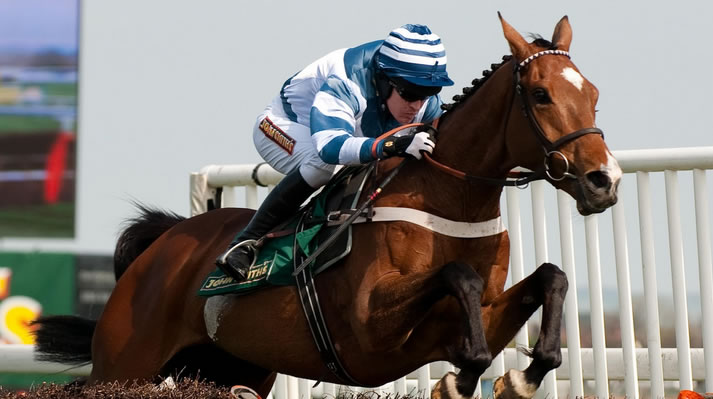 Lewis Jones once again swerves the daily grind of meetings in England and Ireland today and is looking ahead. There’s a big Festival around the corner don’t you know.

Today he takes a look at the JLT Novices Chase, formely known as the Jewson Chase. This race opens up the card on the Thursday and Lewis is hoping his say will start with a bang…..

I’m going to be honest with you comrades: me and Oscar Whisky don’t have a great relationship.

In the past I just haven’t got the horse right.

I constantly neglected him over hurdles, when he kept winning, before deciding that he was one of the best bets of the 2013 Cheltenham Festival for the World Hurdle with Big Buck’s out of the equation.

Of course, he went on to prove that he doesn’t stay three miles by putting in a turgid performance behind Solwhit.

To my eyes he was always a chaser and it surprised me that trainer Nicky Henderson has taken so long to send him over the bigger obstacles.

Even I had my doubts at the start of the season after his effort in the World Hurdle but he is 3-4 over fences and his jumping has impressed massively on each occasion.

With the JLT all-but confirmed as his Festival target, my eyes have been attraced to the standout 10/1 on offer from Ladbrokes.

In my view we have yet to see the best of Oscar Whisky and the notion that he’s just a small field bully is flawed. His third in a strongly run Champion Hurdle behind Hurricane Fly and Peddlers Cross prove that.

Many saw his win in the Scilly Isles Chase at Sandown as disappointing but the way he finished his race on ground which was softer than ideal was a good sign for me regarding his chances at Cheltenham.

That experience of having to come through horses and be pushed out fully will stand him in very good stead when push comes to shove up the Cheltenham hill.

Many of his rivals won’t have had a competitive race this season but Oscar Whisky will be 100 per cent raring to go.

Get on with a two points each way stake.

[dropcap background=”yes” color=”#333333″ size=”20px”]When you consider the class of the animal and the rather open nature of this renewal, that 10/1 from an each way perspective is just too good to ignore.[/dropcap]