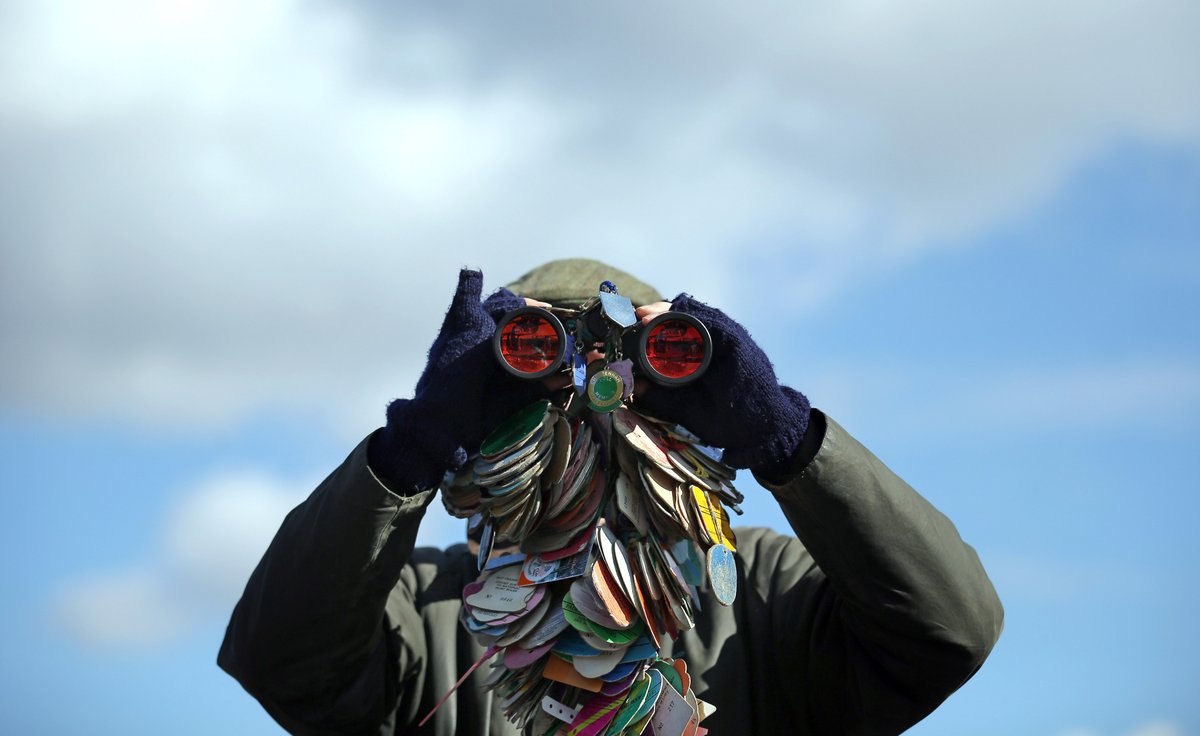 We’re back again today for day two of Fairyhouse and we’re trying to follow up on our two winners yesterday.

The open race at 2:45 is a decent looking hurdle race and it looks a 3 way battle between former Champion Hurdle winner Jezki, and the talented pair of Hidden Cyclone and Diakali. Hidden Cyclone beat Diakali on their previous run together.

They both have it to go at the ratings though with Jezki.

He may not be as good as he once was but he showed he still retains a fair amount of ability based on his earlier runs this season.

He ran well for a long ways in the Stayers hurdle at Cheltenham until finding the trip too far. He’ll love this ground and the return to this trip. JEZKI is the one for me in this race at 5/4.

The 3:15 is a Grade 2 juvenile hurdle. Orion D’aubrelle is the dark horse in the field. He’s having his first run for Willie Mullins today.

This former French trained gelding came 5th on debut and then won easily on his next start. It’s hard to rate that form but it’s trainer rarely does wrong with these French imports.

He could prove to be very useful. I’d rather go on proven form as far as today goes though. Ex Patriot was rated only 78 on the flat but he’s been a much better horse over hurdles.

He won a graded juvenile hurdle over course and distance back in February but was placed 2nd afterwards due to interfering with the then runner up.

This horse then ran a cracking race when 4th in the Triumph Hurdle at Cheltenham. This is calmer waters and he should prove very tough to beat today. 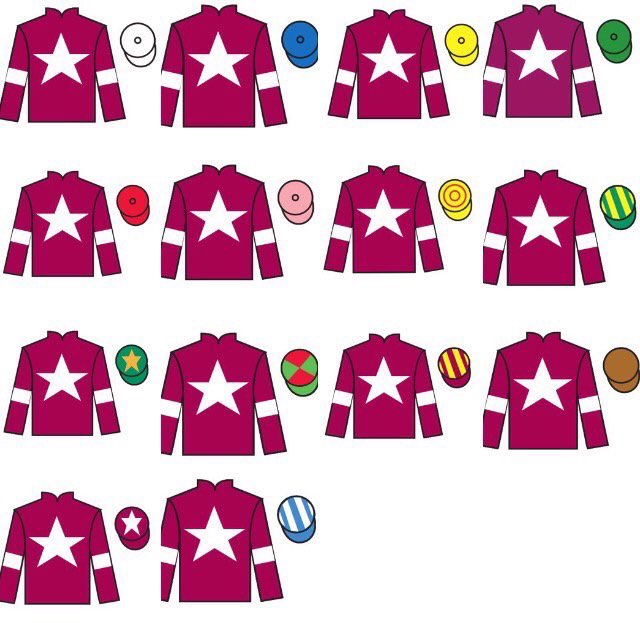 Project Bluebook is another who ran well at Cheltenham but preference today is for EX PATRIOT at 7/4.

The 3:50 is a 2 mile 6f handicap hurdle. Aussie Rules looks the one they all have to beat here based on his novice hurdle form.

He was placed on his hurdles debut and won and placed at Gowran since. He may have preferred better ground but he is sure to go close.

Forever Gold and Mydor both ran well in this race last year and another bold showing is not out of the question. The one I like the most though is the top weight Mossback. This horse is a scopey sort and we have not yet seen the best of him.

He really impressed me last time out and looks to have a tremendous chance on handicap debut. I don’t think he’ll have any problem carrying top weight, if anything this race may be a class or two below his level.

14/1 is a great each way price and MOSSBACK is my selection over Aussie Reigns.

The 4:25 is a Grade 2 Hurdle race. Tombstone was a big fancy for the Coral Cup at the Cheltenham festival but he bombed out early.

That couldn’t be his true showing and I think he’ll put in a much better performance today.

Sutton Place though looks a more solid choice. This horse has been improving through the ranks and looks like he could go right to the top.

He beat Supasundae and today’s rivals De Plotting Shed and Renetti last time out in a Grade 2 Hurdle. Supasundae has since won at the Cheltenham festival and ran a cracker in a Grade 1 at Aintree.

He should retain placings with the other two today and I think he’ll be too good for Tombstone and the rest of the field.

SUTTON PLACE may not be a great price but he should be winning this en route to greater things.

The feature race of this festival is the Irish Grand National at 5:00.

31 horses will go to post for this 3 mile 5f event. The trends suggest you should look for horses aged between 6 and 8, carrying less than 10 stone 13lb, is rated 128 to 137, Irish or French bred and has proven stamina.

Gigginstown Stud amazingly have 14 of the 31 runners in the race. They look to have a stronghold on the race just like last year. They won it then and may do so again today. The won it with Rogue Angel last year and that one is in the field again.

He had a tough race in the Aintree Grand National last week though and may be found wanting at the finish here. Bless the Wings was 2nd in this last year and looks to go one better this time round for its trainer Gordon Elliott.

He’s only 2lb higher today and comes into this race in good form based on his 2nd at Cheltenham. This years race looks to have more class though and he might find it hard to win this at the age of 12.

I found it tough to narrow the field down in this as so many are in with a shout but I managed to narrow it down to five horses with strong chances.

Before we get into them I’m going to mention a few other who have live chances but was able to pick holes in.

Alpha Des Obeaux is unquestionably the class horse in the field. He was a top hurdler and finished runner up to Thistlecrack in the stayers hurdles two seasons back. He hasn’t seemed to be as good over fences this season.

He would go close in this if reverting to that Stayers hurdle form but given that he has burst blood vessels on his last two starts I don’t think he’ll see out this race. Foxrock is another former classy chaser who’s been campaigned in Hunter Chases this season.

That may be due to him lacking in speed. He could run well for a long ways but may be found wanting at the end for pace. Noble Endeavour was strong at the finish when winning the Paddy Power Chase at Leopardstown at Christmas but the top weight found him out last time at Cheltenham.

Saying that he didn’t run a bad race but it stopped him from winning and may do so again today.

Of the ones I likes Oscar Knight was very unlucky in that race that Noble Endeavour won.

There is no doubt he’ll reverse the placings with that one today but there is a doubt over him seeing out this trip. He did run a nice prep race last time over hurdles though and he caught my eye then. I like him but I’d rather go with a guaranteed stayer.

Lord Scoundrel and Baie Des Iles should not be as big as they are in the betting for this. Both are 40/1 and I think that is very good value.

These both have live chances in this. Baie Des Iles was 5th in this last year as a 5yo and should go much closer this time round given he’s a year older and wiser.

He won a good trial for this earlier in the season and wasn’t well in at the weights last time behind Pleasant Company who ran really well in the National up until making a horrendous mistake.

Lord Scoundrel is a model of consistency and given that he’s rarely finished out of the top 3 it’s no wonder he has top weight. His jockey claims 5lb though and that will be a huge help. He was very strong in the finish when winning the Galway Plate back in July.

That race has been won by decent sorts in recent years including Road to Riches and Carlingford Lough who both won Grade 1’s since. Lord Scoundrel was travelling strongly when falling in the Kerry National. He has since been placed in two graded races.

I think both he and Baie Des Iles have a great chance of making the frame.

The top at the top of my list are Minella Foru and Haymount. Minella Foru won the same race Noble Endeavour won back in 2015.

He was off the track since bar a recent comeback in a graded hurdle won by Sutton Place in which he ran very well to a point. There has been strong word for this horse in recent days and his connections believe it has a very strong chance of winning.

They’ve persisted with this horse for the last year or two to get it back on the track and they believe he has a big race like this in him.

The other horse at the top of my list is Haymount. This horse has shown a real good level of form in top graded novice chases this season. He was a very fast finishing 3rd in the 4 miler at the Cheltenham Festival last time out.

He may have won the race if he was put into the race earlier. I think he’ll reverse the form with Tiger Roll who won that race.

It’s a sure sign that the horse has a strong chance when you see Ruby Walsh riding below 10 stone 8lb. I bet he’s been doing his best all week to make this weight.

I think he’s been given a really nice handicap mark and he could well win today on handicap debut. I really like the chances of Minella Foru and Haymount in this and I think Lord Scoundrel and Baie Des Iles will outrun their long odds.

With some firms paying six places I’d recommend backing all of these four each way but if I had to pick one it would be HAYMOUNT.