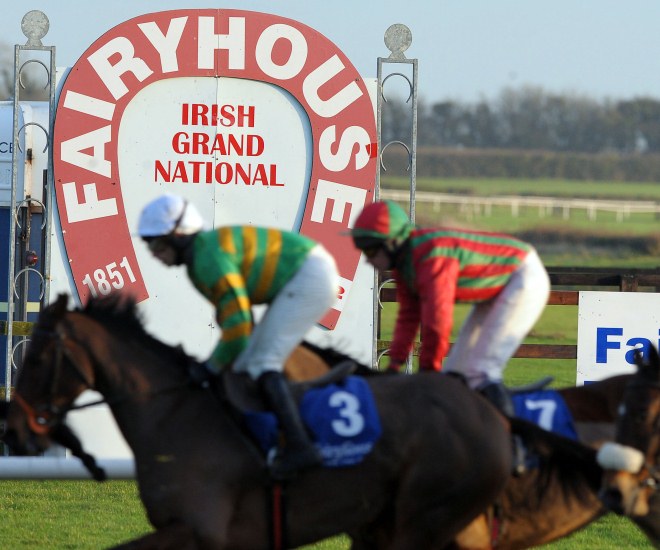 That’s what we’re all craving in this game of horse racing and for those that follow this column, that’s what you’re in after we started our free tipping advice on the big races.

After just three pieces written, wins for Solow (2/1) in Dubai and Pretent (6/4) at Lingfield on Good Friday has given us a profit of +2.00 if you have followed the staking plan.

With a long summer ahead of racing, we’re hoping to build on that and become a thorn in the bookmakers side.

Easter Monday is jammed packed full of racing from around UK and Ireland but our focus is at Fairyhouse, where the Irish Grand National is likely to whet the appetite for the main event next Saturday at Aintree.

Although run over nearly a mile less, make no bones about it, the Irish Grand National is a slog and it takes a stamina enriched horse to flourish in it. That line of thinking is especially relevant this year where soft underfoot conditions are likely to make this a very tough test for horses and jockeys.

The AP McCoy factor, much like in the Grand National next week, will send Cantlow off as favourite but he is one to stay clear of on grounds that he won’t stay the trip.

Ruby Walsh takes the mount on Perfect Gentleman and will also be popular, but again, he has huge stamina doubts after failing to get home on good ground in the four miler at Cheltenham.

The horse to follow here has to be Los Amigos around the 12/1 mark with each-way stakes in mind.

Second season chasers have a fantastic record in this race and this horse looks to have been laid out for the race.

The Jim Dreaper team have done a fantastic job with this talented stayer to keep his mark to 138 as he has been very lightly campaigned.

He’s had only five runs over fences but has stepped forward with every run.

He ran a cracker when favourite for last year’s Thyestes when only the subsequent Gold Cup runner-up On His Own beat him home.

Dreaper’s charge was brilliant at his fences that day and relished every yard of a tough three miles at Gowran Park.

That performance screamed out Irish Grand National and he’s been kept very quiet since in order to protect his fruitful mark.

We’ve only seen his twice since, first when finishing an admittedly one-paced third behind Gallant Oscar at Naas in the Leinster National when conditions weren’t in his favour before reappearing this season in fine fashion at Fairyhouse.

There, he showed a fantastic winning attitude to grind down Lion Na Bernai in the closing stages over a trip that was shorter than ideal.

Of the rest of the field, there are a couple that could threaten at big prices.

If In Doubt is a really interesting horse off top-weight judging by his form in the RSA Chase behind Don Poli while Useful Smurfer loves Fairyhouse and shouldn’t be as big as 33/1.

However, both don’t have anywhere the claims that the selection has.

Get on Los Amigos.