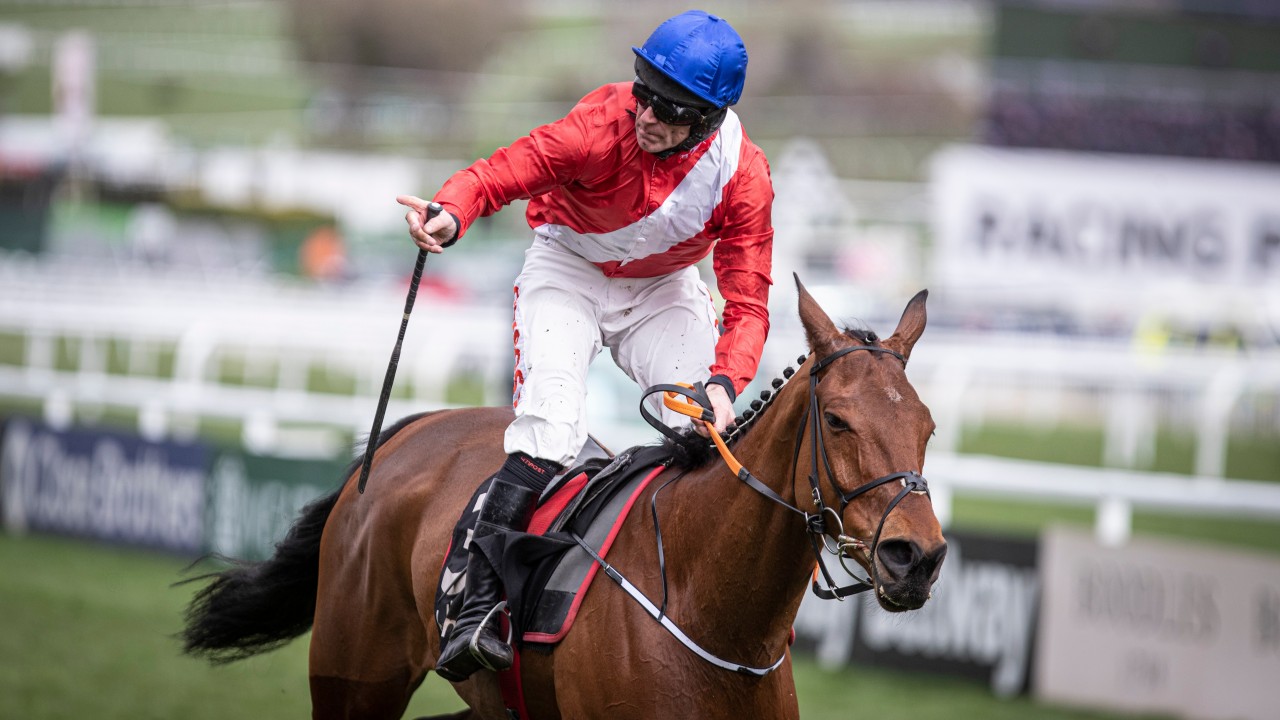 Five Timeform writers have revealed their best ante-post bet for the 2022 Cheltenham Festival, including a couple of alternatives to Shishkin in the Champion Chase.

Dawn Run was the last horse to embark on a chasing career the season after winning the Champion Hurdle, but we now face the very real possibility of Honeysuckle going down that route in 2021/22, hot on the heels of a decisive victory in the showpiece event in the two-mile hurdling division.

Unbeaten in 11 starts under Rules, Honeysuckle has passed every challenge thrown at her with flying colours and has the profile of one who should take well to chasing, a winning pointer and still only a seven-year-old.

Honeysuckle is already a year older than Dawn Run was when winning the Champion Hurdle in 1984, so if she doesn’t go over fences next season then she probably never will. Her connections have already indicated that that was the original plan – see the tweet below – and there would certainly be no more talented recruit to the novice chasing ranks in 2021/22.

Of course, there is still every chance that Honeysuckle will stay over hurdles, but we are being well compensated in terms of price for the races I’m looking at.

Fully effective over trips ranging from two to two and a half miles, I’m keen to back her at around 20/1 for both the Arkle and Marsh Novices’ Chase.

It’s hardly surprising that the runaway Albert Bartlett winner Vanillier heads the market for the 2022 Brown Advisory Novices’ Chase, but any British-based trainer thinking he sets the standard among the Irish staying hurdlers likely to go chasing next year might want to think again.

As last week showed, there is tremendous strength in depth among the Irish novices and a couple of them who stayed in Ireland could easily have put it up to Vanillier.

Those two are Gentlemansgame and Gars de Sceaux.

Given their Irish pointing background, both look set to be sent over fences next season. Gentlemansgame’s connections decided to miss the Albert Bartlett in the expectation that the race would come too soon for one so inexperienced after his excellent second to Ballymore runner-up Gaillard du Mesnil at the Dublin Racing Festival, while Gars De Sceaux, whose form has improved as he has been stepped up in trip, looked potentially high-class when thumping Ragnar Lodbrok on the bridle in a good novice hurdle at Navan last time.

Currently available at 33-1 and 40-1, respectively, their odds will most likely tumble significantly if either wins or goes very close at the Punchestown Festival. – Graham North

Cheveley Park Stud might well be in the enviable position of having to juggle options for a trio of top-class chasers at next year’s Festival.

If A Plus Tard, Envoi Allen and Allaho are all kept apart, it could mean Allaho dropping down to two miles for the Queen Mother Champion Chase.

He has already stepped down from three miles to two and a half with devastating effect, and the way he left a high-class field trailing in his wake after forcing the pace in the Ryanair Chase suggests he could be just as effective at shorter still.

It would probably mean taking on Shishkin, but odds of 8/1 about Timeform’s top-rated chaser make Allaho a tempting alternative to the short-priced ante-post favourite. – John Ingles

Predicting what is going to happen tomorrow is hard enough, never mind in 12 months’ time, but the one market that I don’t think is right is the Champion Chase.

Race fans were denied the mouth-watering clash between Shishkin and Energumene in the Arkle last week as the latter was found to be lame on the Friday before. Energumene was as short as 2/1 for that showdown, so I can’t help but think he is overpriced at 16/1 for next year’s Champion Chase.

Shishkin was a well above-average winner of the Arkle and is rightly a short-priced favourite, but many gave Energumene a cracking chance against him, and we are still none the wiser as to what might have happened.

You would have to assume Energumene will be kept to two miles next year given the pace he has shown and some of his performances on the clock this season, and if that is to be the case, it is hard to see a cherry-ripe Energumene starting at a double-figure price next March.

There is still a chance we may see Energumene at Aintree or Punchestown before the season is out and, just like Shishkin, he remains with an abundance of untapped potential after just three starts over fences. Andrew Asquith

Willie Mullins’ squad came up short in the Mares’ Novices’ Hurdle last week, but he had trained the five previous winners of the race and it could be a case of normal service resuming next year.

It is likely that he has a couple of nice prospects we have yet to see on an Irish racecourse, but one he has already introduced and looks overpriced at 25/1 is Brandy Love.

She was bought for £200,000 after winning her only point in impressive style and is clearly held in high regard at the Mullins yard as she was sent off at 9/4-on on her bumper debut at Fairyhouse, which she won by seven lengths without coming off the bridle.

She was only third in the Grade 2 mares’ bumper at the Dublin Racing Festival, but she shaped as well as anything, impressing with how she loomed up on the turn for home.

She is an exciting prospect -Tony McFadden