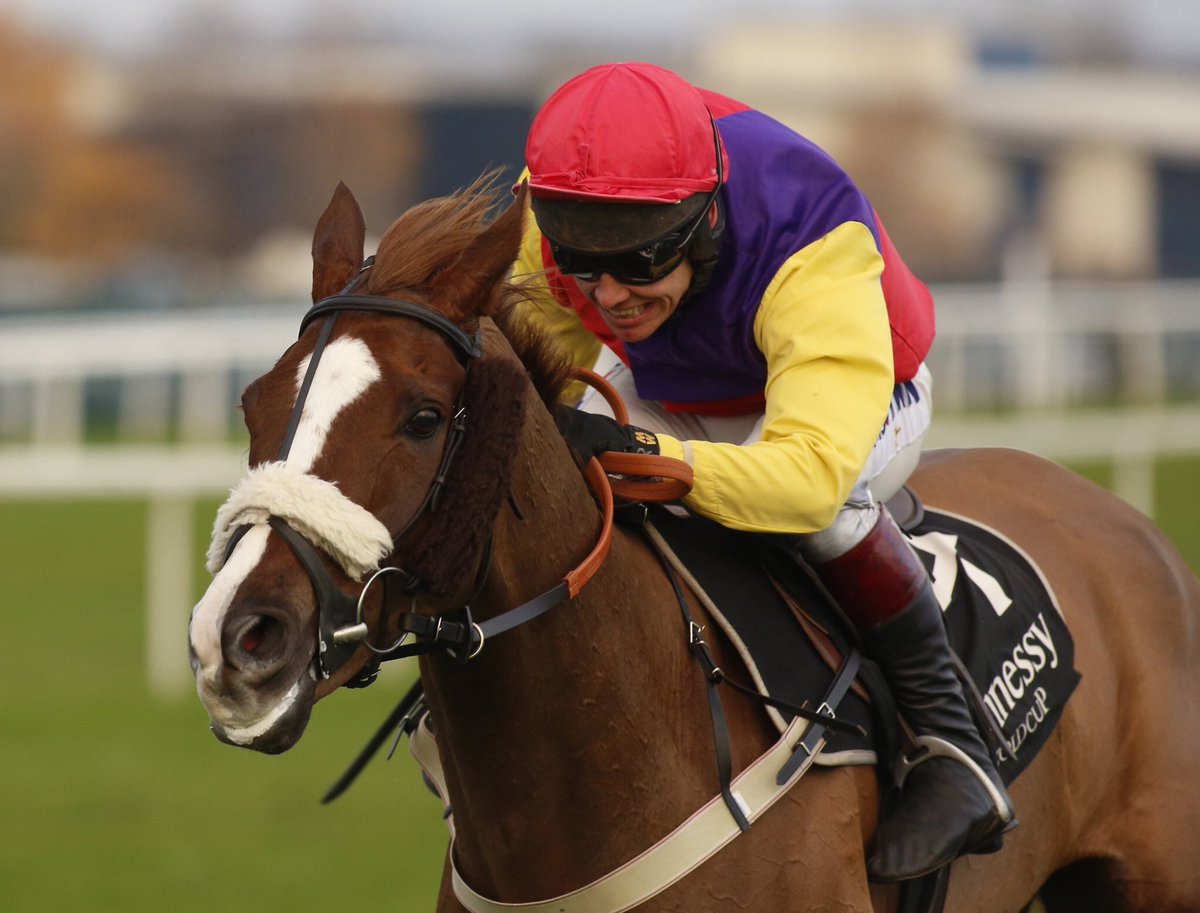 On all known evidence, there’s no reason why Native River should win the Cheltenham Gold Cup and the current odds of 13/2 are ridiculously short.

The Cheltenham Gold Cup market got a much needed shake-up on Saturday when the likeable Native River returned to action in dominant fashion with a 12-length victory over Cloudy Dream in the Denman Chase.

Ruth Jefferson’s eight year-old kept pace with Colin Tizzard’s beast for the majority of the race, but Native River’s staying power shone on the run-in. In the aftermath, his 10/1 quotes disappeared into 13/2.

[wpsm_titlebox title=”Watch Racing Online with Bet365″ style=”4″]
Watch EVERY race in the UK and Ireland, live at bet365. You need not miss a second of the action – and there’s not a subscription fee in sight! Simply place a bet of at least £0.50 win or £0.25 each-way (or currency equivalent) on your selection(s) and enjoy the race, courtesy of bet365! And that’s not all! bet365 have now launched an At The Races archive service, which means that you can now watch a video replay of any ATR race.
[/wpsm_titlebox]

That my friends, is what you call a smelly price. It stinks. It should not be touched.

Judging by the market reaction, many have seemingly decided to conclude that Native River is an improved horse from last year when he finished a brave but ultimately well-beaten third behind Sizing John.

However, the easy-on-the-eye victory on Saturday told us one thing: he’s fit, well and likely to be performing at a similar level to last season.

With this year’s renewal looking a deeper contest from a form perspective with a classy ante-post favourite in Might Bite, plus the horse he has lengths to make up in the form of Sizing John, it is difficult to make a strong case for Native River at the current prices.

Another fear with Native River when it comes to his Gold Cup challenge isn the fact he needs to race prominent to make his challenge.

[wpsm_titlebox title=”Racing Price Promise with Bet365″ style=”4″]
Every week there’s a host of superb races broadcast live on ITV Racing and, as always, bet365‘s fantastic offers will ensure that you get the best value.

bet365 will constantly update their prices for all races shown live on ITV Racing to ensure that they offer the best price on every horse running.

This offer is applicable to all bets placed from 10am on the day of race and only covers races shown live on ITV Racing unless otherwise stated by bet365. Best price or joint best price will be matched from the following list of Bookmakers: Ladbrokes, William Hill, Paddy Power, Coral, Sky Bet and Boylesports. Offer applies to bets placed on Win and Each-Way Fixed Odds markets only. All other markets, including Enhanced Price Win Only and Enhanced Place Terms markets that are priced separately to the Fixed Odds market and Tote/Pari-Mutuel (bets and dividends), are excluded from this offer. Races covered by Price Promise are also available for Best Odds Guaranteed, for new and eligible customers.

So place your Horse Racing bets safe in the knowledge that the bet365 price is the best price.

Front runners rarely win the Cheltenham showpiece due to strongly run nature of all Festival races – those that race prominently are usually are sitting duck for those in behind.

It takes a special horse to do it from the front at Cheltenham – Native River is undoubtedly a good horse but is he great one capable of doing it the hard way from the front? I have my doubts.

One horse that could well fall into the great category who races prominently is ante-post favourite Might Bite, whose position at the top of the betting remains a strong one. His participation in the race also doesn’t help Native River’s cause.

There is an argument to be made that Tizzard’s chaser under a master rider in Richard Johnson could somewhat nick a Gold Cup from the front in an understrength year.

This year doesn’t look like being one of those, especially with Might Bite likely to undertake the same forceful ride tactics.

Although the ante-post favourite doesn’t need to make it like Native River, he without question needs to make use of his giant stride and pace of his jumping ability.

He has the ability to put pressure on other horses that want to go a stride slower than his racing pace. Just look at his run in the RSA Chase last season – before he decided to wander on the run-in.

He put real pressure on fellow front-runners Acapella Bourgeois and Alpha Des Obeaux from an early stage and one-by-one they started to toil as the race developed. In the end both horses were well beaten due to their inability to cope with Might Bite.

It’s true Native River is by far a stronger stayer than the two aforementioned horses but it’s clear to see from my view that he won’t be able to deal with Might Bite’s acceleration when the taps get turned on during the second circuit.

At 13/2 Native River is easily swerved in the win markets.