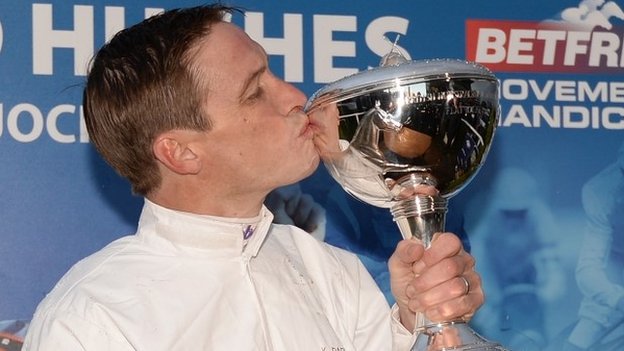 The sun is shining and the weather is sweet. Today is a perfect day for some flat racing and I think I’ve found a couple of tasty bets to have a go on.

Mukmal was a horse I had huge respect for before Royal Ascot but his run in the Norfolk Stakes was bitterly disappointing. The way he folded off the setting a strong place really really disappointed me. There was an argument from his trainer that he did too much too soon but I just feel now he’s a horse that probably doesn’t quite stay five furlongs. If he’s going to get five furlongs then Sandown is the place for him but with a strong field in opposition I’m well against him.

Although he’s priced up as the market leader Beacon is the horse to back in this sprint event. He won a lot easier than first suggested at Salisbury before going on to step up on the effort when thrashing a field at Bath on ground similar to do to today’s conditions at Sandown.

Both his trainer and his passionate clan of owners think very highly of the horse as a sprinter in today’s event looks right up high street. I’m expecting him to travel powerfully behind the strong pace and for Richard Hughes to unleash his explosive turn of foot in the final hundred yards. Get on with a two point win stake.

Another angle worth exploiting today in Esher is taking on the chances of the well-backed favourite Windhoek, who has been all the rage in the Ambant Gala Stakes (3:35). To put it bluntly, he isn’t a winner and has racked up more seconds in his recent form than Neil Ruddock.

Four of his last six starts have seen him finish second and he is without win since in the UK since early last year when he probably had the fitness edge over his rivals.

I’m pretty confident that something will out battle him into second again today with Educate and his stable mate Tha’r the two most likely to take advantage. You can back Windhoek at 4/7 NOT to win the race with Bet365 and that’s worth a four point win stake.