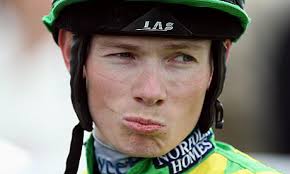 Arise, sir Lewis Jones. The in-form tipster recommended two winners yesterday at 11/2 and 4/1 and as the other was a non-runner the Trixie brought in a profit of 87.96 points. With the four point outright win advice on Hamza also being spot on, followers racked in over 100 points of returns yesterday.

An unbelievable achievement. What’s he backing today, I hear you ask…

One of the best days of my life? Yes maybe it was. Go on, laugh. But when you spend as much time as I do dedicated to finding winners, when it comes together, oh boy is it a special feeling.

Like winning the FA Cup or holing the final putt in the Ryder Cup. I’m just glad some of you followed my advice and made a nice packet. This column is now +184.42 points in profit since Cheltenham.

I was on course yesterday at Newmarket and Hamza’s tenacious win followed by Mull Of Killough’s classy performance was insanely profitable in itself but me and my compatriot had a sneaky word for Cloudscape in the last race, so we added him to a bulky win Trixie before racing.

He only went and won too, and the lads at Betfred had to crack open the safe to pay us our winnings. Three from three. Bookmakers 0 Lewis 1. Make mine a large one.

We must move on though, and it’s a bit of a historic day for racing today as the first meetings on Good Friday are run with a cracking card (if you like your all-weather racing) at Lingfield, which has some tasty prize money on offer.

I’m not a big lover of the all-weather scene, so I’ll be taking it easy today. But one horse has caught my eye in the 32Red.com All-Weather Fillies´ And Mares´ Championships Conditions Stakes at 2:20.

Fashion Line is a filly that has always shaped like she could be bordering on top-class and she has a lot going for her today at 5/1.

She is best in on official figures, handles the surface fine and has Jamie Spencer in the saddle, who has a 33% strike rate when riding for trainer Michael Bell on the all-weather.

The four-year-old ran a nice race on her comeback run behind Whispering Warrior in a trial for the Lincoln and can be marked up on that fourth placed finish. This contest is a far easier assignment and she should nothing will be finishing faster.

Get on with two point win stakes at 5/1.