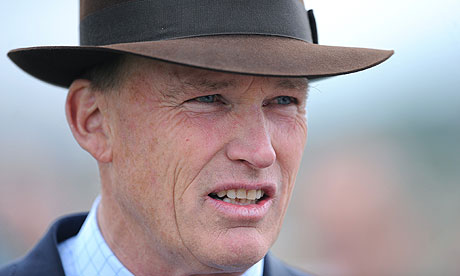 Winner, winner, chicken dinner. Lewis Jones was back with a bang yesterday as he tipped up a 10/1 winner at Goodwood and also pointed his followers in the direction of a 11/10 winner. What he backing today, we hear you scream….

Hallelujah! We’re back in the winners enclosure and what a way to enter it with a 10/1 beauty going in at Goodwood on Thursday.

Marsh Daisy always shaped like a filly that had a tinge of top-class about her and the way she put her rivals to the sword in the Height Of Fashion Stakes yesterday was music to my ears.

It snapped a two week run of losers for this column but as with most of my tips, those that follow the points system down to a tee will have still turned a small profit due to the bulky price regarding yesterday’s winner. I’d much rather tip one 10/1 winner out of five rather than three winning odds-on favourites. Long term profit is key.

Thanks for all the comments on the Facebook page; it means a lot that people have kept with the tips despite the poor run. Although I didn’t officially recommend Russian Realm yesterday, I see a few of you acted on my positive vibes regarding the horse. He duly went and dotted up at 11/10.

No time to rest on my laurels though and we’re straight back into today at Goodwood, where I like the chances of the John Gosden-trained Marzocco, who has a lot more to give in the Casco Ebf Stallions Cocked Hat Stakes (4:00) and should be favourite in my eyes.

Gosden has a fantastic record in this race and uses it as a spring board for his top-staying horses that are usually aimed at the St Leger. In the last five years he’s saddled four runners in this race with a finishing record of 1-1-2-1 and that runner-up spot in 2010 was behind the subsequent Prince of Wales’ Stakes winner Rewilding.

Although Marzocco, who finished like a train in the Derby Trial at Epsom last time out, doesn’t look out of the top-drawer, it’s easy to pick holes with his rivals at the head of the betting. Barley Mow has to carry a 3lb penalty for winning a Newmarket Listed race, where he was a tad flattered after dominating from the front while Observational is likeable but is still a maiden and the form of his Newmarket defeat isn’t working out that well.

Get on the Gosden runner with a two point win stake.