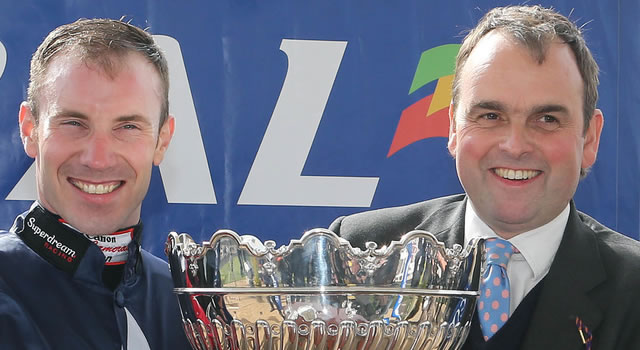 Another day. Another near washout. The weather continues to cause havoc with the schedule as both National Hunt meetings at Newcastle and Bangor-on-Dee have fallen foul to the elements, which leaves punters with action from Kempton to ponder on yet more heavy ground.

In all honesty it’s pretty depressing stuff and with Cheltenham looming on the horizon and no sign of this wet weather relenting, it has to cause some doubt whether the greatest show on turf will be able to start with good ground. If the festival was due to start today, then there would be serious doubt whether the track would even be raceable.

Anyway, moving on and let’s go find some winners for the day’s action. We have cobbled together a tip from Kempton, as we look to build on our profit margins, which have been dwindling after a dismal couple of weeks regarding the free service. Long terms profit still remains intact, but for those that dip in and out of the service, it’s been a tough few days.

Batonnier is a very interesting chasing debutant in the Betdaq £25 No Lose Mobile Bet Graduation Chase for Alan King as he holds an entry in the RSA Chase and looks a potential type to really progress over the larger obstacles.

He has some very strong form in the book from his novice hurdle days, which included winning the Grade Two Neptune Investment Management Novices’ Hurdle trial run on Festival Trials Day in 2012.

King’s charge has had his problems since but made an encouraging return over hurdles in a valuable handicap at Cheltenham, where he stayed on powerfully in the closing stages to finish seventh in a falsely run affair behind stablemate Vendor.

Nicky Henderson runs previous festival winner Une Artiste but she has yet to convince over fences and can be upstaged by King’s potentially top-class chaser. The 2012 Fred Winter winner doesn’t jump with the same efficiency as she did over hurdles and her performances so far may have looked more impressive than she merited.

Take the 5/2 on Batonnier with a four point win stake.