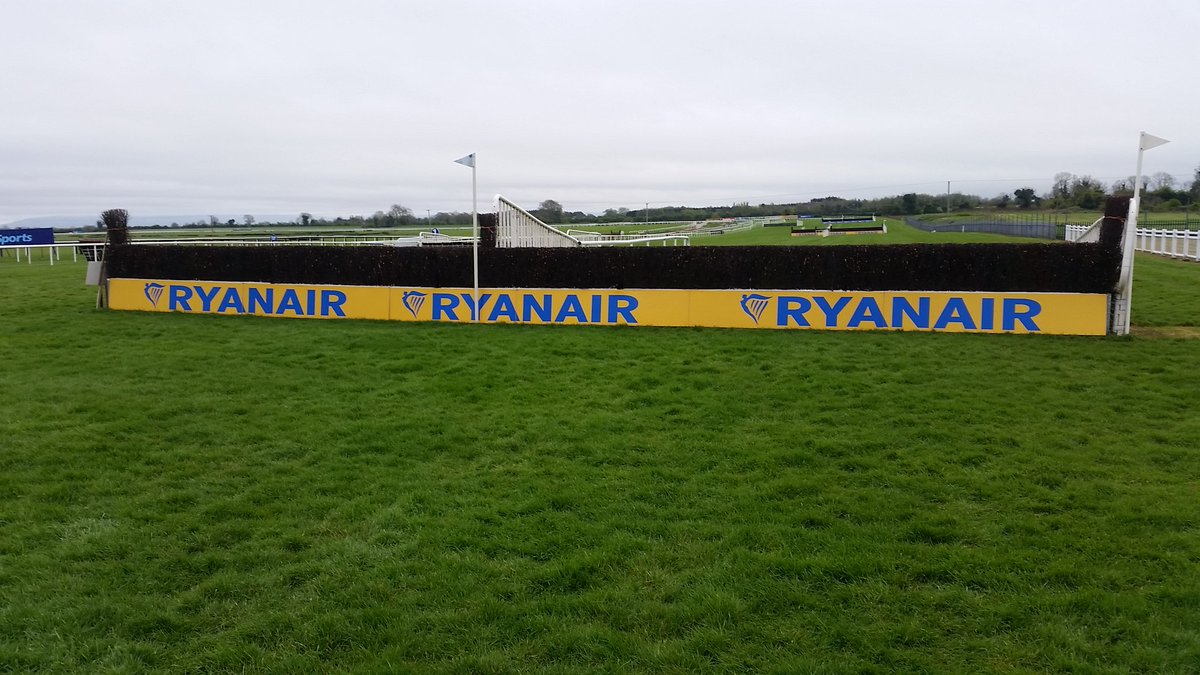 Its a beautiful Easter Sunday morning – hope you’re all having a cracking day and we’re treated to a nice looking card at Fairyhouse as their Easter Festival gets underway  – Cheltenham winners Let’s Dance & Yorkhill are 2 of 7 runners for Willie Mullins today so lets get stuck into the card.

Sundays 7 race card at Fairyhouse gets under way at 1:45 with a maiden hurdle.

On form and ratings there looks to be only one winner of this and that is the Tony Martin trained Tudor City.

This horse has been runner up over hurdles on 4 of last 5 hurdle starts. His most recent run which came back in January came in the Coral.ie Hurdle.

The form of that race has worked out really well and there is nothing in this race with the same form. Broken Soul could well be the biggest threat but that horse is very slow.

TUDOR CITY is an even money shot but I think he will get punters off to a great start on this Easter Sunday meeting.

The Tony Martin trained duo of Artful Artist and Babanango will have their followers but I don’t rate them highly in this field.

Both have proven very frustrating and usually find a few too good. Artful Artist’s 2nd last time out was a career best over hurdles and now has Ruby Walsh on board.

That is sure to help but I don’t trust this horse to get the job done in the final stages of the race. Holly Flight just got up on the line to win on Irish debut at Downpatrick last time out.

That one has to improve again to take this but I would not rule out a bold showing. The one I like in this is the Gordon Elliott trained DAKOTA MOIRETTE.

This ex trained horse showed some top juvenile form this season over hurdles and ran a nice race in the Fred Winter at Cheltenham.

He will find this track much easier and he’s the class act in the race on handicap debut. I think he’s a decent each way bet.

The 2:50 is one of the feature races on the card and it’s the Grade 1 Mares Novice hurdle. Willie Mullins has a strong hand in this with 4 of the 7 runners in his ranks. Airlie Beach was a long ways behind Let’s Dance at Cheltenham and given the jockey bookings the placings should not be reversed today.

Let’s Dance was very impressive that day and is an unbeaten streak. She’s the highest rated mare in the race and is sure to take all the beating. I just wonder will she have enough left to win this race given the long season. Stablemate Augusta Kate was a shade disappointing at Cheltenham.

The return to this trip will suit but I don’t think she’s in the same league as Let’s Dance.

Colins Sister is the darkhorse in this race.

This mare is one that I’ve been following for some time. She ran very well in bumpers but found them to be too short in distance. Ever since she stepped up in distance over hurdles this season, she has come into her own. She’s unbeaten over hurdles and looks a bright prospect. She skipped Cheltenham and Aintree and comes here a fresh horse.

I think COLINS SISTER is the value in the race and is my selection.

The novice handicap chase at 3:25 looks a decent race in the making. Third Opinion would have to have a great chance based on his previous run and win. It was its first run for trainer Gordon Elliott and it was a run full of promise.

This is a further step up in grade today though. I’d rather side with DONT TOUCH IT who comes into his own around this time of the season. This horse comes from the Jessica Harrington yard which are flying at the moment.

They target this festival every season and this one looks to have a strong chance of winning.

The other feature race on the card is the 4:00 and it is the Grade 1 Ryanair Gold Cup Novice Chase.

Yorkhill is the one they all have to beat here.

This horse won at the Cheltenham Festival for the past two seasons and is a horse with an awful lot of ability. He doesn’t always show it but when he does he usually wins. His jumping can be an issue though and given that he jumps out to the left that could be his downfall around here.

He looked a tired horse at the backend of last season at Punchestown and there’s always the chance that he won’t be on the top of his game today.

I’m going to side with ROAD TO RESPECT in this. This horse was a runaway winner of a handicap at the Cheltenham Festival.

He has a lot to do to beat Yorkhill but if there is one to beat it this is the one. We’ve not seen the best of this horse yet and Bryan Cooper has chose to ride this one over Ball D’arc which is a really good sign.