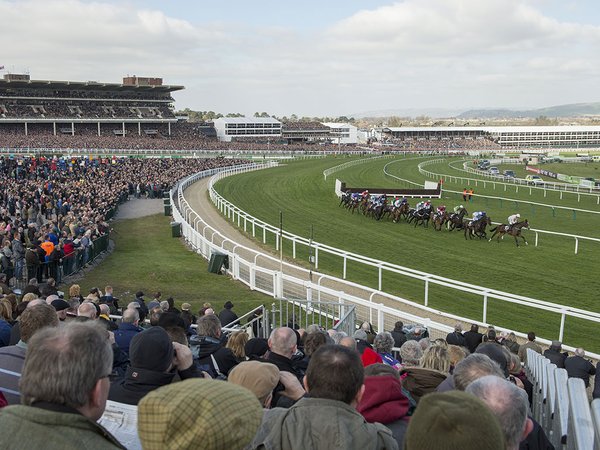 A bloodbath for punters yesterday with two short priced favourites  in Tiger Roll & Defi Du Seuil beaten. Another cracking day’s racing ahead though, looking forward to St Patricks Day at the Festival!

Feel free to join in folks!

Join in with Lewis’s Tips! Get a Bet365 account below:

The roof will come off Cheltenham if the legend that is Faugheen gains his first Festival victory since winning the Champion Hurdle in 2015, and on recent form, I actually think he rates a fair bit of value at the prices.

Despite his advancing years, he still probably showed the most over hurdles last season- he was certainly giving a prime Apple’s Jade a race when he came down at Leopardstown and put up a storming effort to finish third in the Stayers’ Hurdle.

The move from the Mullins camp to embark upon a novice chasing career with him at the age of 11 was met with a mixed reaction, but up to this point, their decision has been more than justified, and “The Machine” has added two more Grade 1s to take his career total of top-level victories to 11. There’s substance to the form and I think we could be seeing the most popular Festival victory in years.

Most feared is Mister Fisher, who has been very tidy in winning his last two starts, including over C&D back in December and should be better suited by the return to two-and-a-half miles. Itchy Feet was a fractionally better hurdler than Mister Fisher and has made a similarly promising start to his novice chasing career, staying on strongly to beat useful yardstick Midnight Shadow and gain a first Grade 1 for Olly Murphy in the Scilly Isles last time out.

I had ante-post money on Samcro before the season started in the hope that a wind-op would allay the issues that saw him disappoint on both of his starts in 2018/19.

I actually felt he still showed a lot of ability over hurdles last season, especially when he travelled through to take the lead in the Ryanair Hurdle, and that his tame finishing was indicative of a horse with a physical problem as opposed one that was regressing.

I was pleased with his emphatic chasing debut at Down Royal, and felt he had the measure of Fakir D’Oudairies when falling the Drinmore. All confidence was lost, though, when he completely failed to see his race out when beating by Faugheen at Limerick, and he surely once more has questions to answer.

Reserve Tank is a spring horse with plenty of ability, but his fencing so far has been nowhere the standard needed to win a Festival race, whilst, though Melon has consistently shown his best form at the Festival, he probably falls a level or two short of the very best.

I like the chances of 2018 Champion Bumper winner Relegate. The mare has seen money come for her in the weeks leading up to the Festival, and it’s easy to see why.

She was eyecatching when staying on into fifth in the Grade One Novice Hurdle won by Commander Of Fleet at last season’s Dublin Racing Festival, and made a similarly notable stable debut for Colm Murphy last month. A strongly run test of stamina should be right up her street, and even though she has been raised to a mark of 137 by the British handicapper, I think there still could be further improvement to come.

Skandiburg was behind the bridle for a long way here on New Year’s Day, but came up the hill well and is another who looks like an out-an-out stayer, whilst Davy Russell gave The Storyteller a textbook Pertemps Qualifier ride last time, sneaking into a never-nearer sixth.

He’s already won at the Festival over fences, and if there’s less disparity between his ability over both obstacles than his mark suggests, he looks to have all the hallmarks of Gordon Elliott handicap plot.

Last year’s winner Sire Du Berlais is back for more after a relatively low-key season, which isn’t always a bad thing with regards to peaking in the Pertemps, whilst the progressive novice Welsh Saint could be well equipped to face the toughest test of his career after winning a qualifier at Haydock last time out.

A Plus Tard is fancied to gain his second Festival success here after looking like a bona-fide Grade 1 performer when winning last season’s novice handicap.

His turn of foot that day was remarkable, and this season he’s fully confirmed himself as a top-notcher by beating Chacun Pour Soi at Leopardstown over 2m1f at Christmas.The step back up in trip will be a positive, and Henry De Bromhead’s six-year-old is a confident selection.

Next best would be last year’s winner Frodon, who got back to winning ways at Kempton last time out and is absolutely tailor-made for the test the Ryanair provides.

Min would be a dual Festival winner himself if not for Altior, and is also entirely capable of winning here- this trip is probably his best nowadays and he suffered little in defeat when runner up to Chacun Pour Soi over two miles last time out. It should be a fascinating contest.

The banker of the meeting.

Paisley Park is head and shoulders above everything else in this division. He’ll record his second win in this race and take his unbeaten streak to eight in a row.

If you aren’t accustomed to watching Emma Lavelle’s superstar, do not be alarmed if he doesn’t appear to be travelling as well as his rivals rounding the home bend. He’ll hit a flat spot and he’ll have to be scrubbed along to hit his top speed, but when he does, nothing can cope with his power up the Cheltenham hill and this race should be a formality for him.

Summerville Boy is a pacier horse than Paisley Park, and his speed was almost utilised to great effect when he ran second to the champion in the Cleeve last time out, but it’s hard to envisage him turning the tables.

The battle for second could be between him and Emitom, who was a tidy novice last season and left an underwhelming reappearance behind when running away with the Rendlesham last month. He’s yet to face Paisley Park, and though a repeat of his effort at Haydock would probably still see him come up short here against the favourite, he’s a progressive young stayer who should be better than most of the opposition.

Rather remarkably, not a single one of Willie Mullins’ pre-Festival record of 69 Cheltenham winners had come in a handicap chase, but I think this might change in this event through Robin Des Foret.

He ran well here in December when a length third to Warthog in the Caspian Caviar Gold Cup, and since performed with credit in two similarly strong handicaps back home in Ireland, and I actually think you can mark up his close fifth in the Leopardstown Chase last time out- he was badly hampered by a faller down the back straight and had to just latch on to the rear of the main body of those travelling well around the home turn.

He had to make up a lot of ground in a short space of time, which I think can excuse a slightly weak finishing effort as he had to expend a lot of energy to get involved in the first place- a recent wind-op is another positive with regards to seeing him hit the line.

Though he has been campaigned over further, I feel this is the trip that plays best to his strengths- he remains on a nice mark, has been consistent this season and has proven his aptitude for the track.

Simply The Betts’ win here on Trials Day couldn’t have worked out any better, with boh Imperial Aura and On The Slopes winning since and he could the stereotypical “Graded horse in a handicap,” whilst I’d also shortlist fellow novice Deyrann De Carjac. The most interesting angle is last season’s two-time Grade 1 winning novice La Bague Au Roi, who drops into a handicap for the first time after stepping back in the right direction when fifth in the Irish Gold Cup last time out.

Willie Mullins has won all four renewals of this race, but his stranglehold on the Festival’s newest event could come to an end courtesy of Minella Melody, who has been almost flawless in her novice hurdling season for Henry De Bromhead and is a confident selection here.

She was placed in the Graded mares’ bumpers at both the Aintree and Punchestown Festivals at the back end of last season.

Her defeat of Colreevy and Dolcita in the Solerina last time out ranks as the strongest piece of form in the Mares’ Novice division, and her vanquished Mullins foes should be in the shake up here again, especially Colreevy, who was a similarly talented bumper horse and probably would have finished closer to the favourite at Fairyhouse last time if not for making a hash of the last.

Floressa drops back into novice company after a tidy effort against her elders at Doncaster on her previous, and can be marked up for her third as she had was checked and had to change path at a crucial time. She should be the best of British here, and ranks as the main danger to Minella Melody.

Last season’s National Hunt Chase hero Le Breuil heads the betting here and is well respected after showing more than the bare result has suggested the last twice at Aintree ad Doncaster, especially with the assistance of the genius that is Jamie Codd getting back on board, but amongst those at the top of the market, I’d be keenest on the unexposed duo Deise Aba and Plan Of Attack. Deise Aba looked a future staying chaser when winning on his novice hurdle debut at Chepstow early last season, and though the penny might not have dropped with him as quickly as we may have thought it would’ve done, he’s finally come to the boil and won his last two starts, including in the Masters Chase at Sandown last time out.

Plan Of Attack was narrowly beaten by the useful Go Another One on his chasing debut, before winning twice in novice handicaps and then finishing third in the highly competitive Paddy Power Chase at Christmas.

He did a lot of racing early in the season, so I like that Henry De Bromhead has chosen to leave him fresh for Cheltenham, and looked like an upwardly mobile chaser in his performance at Leopardstown. He gets the narrow vote from me.

Cloth Cap was turned over at odds-on at Doncaster last time out, but had looked a promising stayer before that, including when placed in last season’s Scottish National, and I think there still could be a bit of juice in his mark, so he looks overpriced, whilst Millie Wonnacott has impressed upon Fingerontheswitch this season. He’s now 20lbs higher than he was in November, but has proven his aptitude for big-field handicaps and is another who could represent value.

Any cookies that may not be particularly necessary for the website to function and is used specifically to collect user personal data via analytics, ads, other embedded contents are termed as non-necessary cookies. It is mandatory to procure user consent prior to running these cookies on your website.