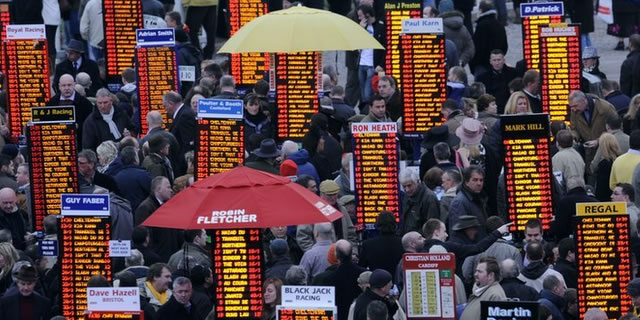 After a stupendous weekend of graded action, the tone is lowered somewhat with only one National Hunt meeting scheduled on Monday at Plumpton. However, Lewis Jones relishes punting at the Sussex track and has found two bets….

The drying ground at Plumpton today should be right up the street of MIGHTY MAMBO in the At The Races Virgin 534 Handicap Hurdle. Although this lowly handicapper has never won a race racing in either codes, his plummeting handicap mark is starting to look very winnable off when you trawl through some of his form in better company.

The son of Fantastic Light finished a solid fifth behind Ile De Re in a Sandown novice hurdle in February before going well for a very long way at this track before weakening tamely to finish to finish fourth.

The ground won’t be as sticky today and he can see his race out all the way to the line. The 13/2 at Bet Victor should be backed with a 1pt win stake.

Previous Cheltenham Festival winner Une Artiste makes her chase debut for Nicky Henderson in the Autumn Gala Novices´ Limited Handicap Chase, however, her lack her experience and dwindling form over hurdles has triggered our faith to be siding with market rival BUTHELEZI, who already has two chase experiences under his belt.

Despite being notoriously quirky the selection looks capable of winning a novice chase on what we have seen so far in his two runs over the larger obstacles.

His debut was a little below par compared to what he had achieved over hurdles as after leading and jumping soundly for three quarters of the way at Warwick he folded tamely in the straight behind eventual winner Balder Sucess.

That run gave the impression he may have needed that sharpner to get himself fit enough to finish off his races. And that theory seems a fair when judging by his improved showing next time out when only beaten under three lengths by a nice type from the Paul Nicholls yard in the shape of Valco De Touzaine.

Jumping well, albeit a little bit out to his left at times, John Ferguson’s former flat-recruit, who was rated 105 at one point and finished third in a Group Two, gave the classy winner a real fright as they turned for home but Nicholls’ runner had too much staying power in his engine.

Back down in class against a mare that doesn’t strike as a standout chaser and looks to be regressing, the selection has the credentials to break his duck over the timber. The 9/4 with Bet365 looks well worth taking as the 4/6 quotes for the Henderson runner are awfully skinny. Attack or boy’s chances with a 3pt win.