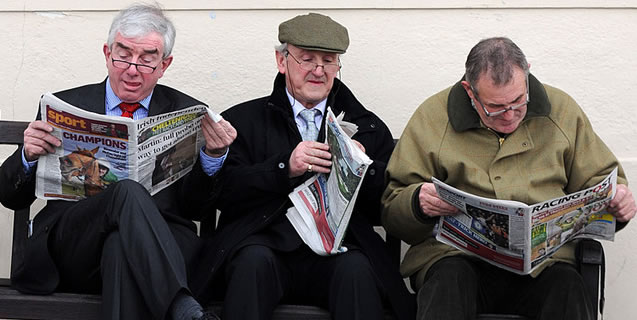 This year’s Hennessy Gold Cup, to be run at Newbury at 3:30, looks a real minefield for punters with so many questions to ponder about all the market leaders. Trying to predict who will go off favourite will be a tough enough ask.

that in mind, we’ve plumped for a bit of each-way value with Bet365, who are paying the first five past the post. KATENKO was a horse that made quite an impression last season in handicaps before being ruled out of the Gold Cup. He’s been off the track for 10 months but trainer Venetia Williams is a master at readying a top-class horse for the big day. He can carry a monster weight to a place at 12/1 with a 1pt each-way stake.

The Fighting Fifth Hurdle at Newcastle (2:05) looks a straight battle between My Tent Or Yours and MELODIC RENDEZVOUS, with our eyes firmly drawn to the 5/2 on offer about the latter.

My Tent Or Yours is a very talented horse but is not one to be trusting at short prices as he has yet to show he can really see out his races when push comes to shove.

He was running all over Champagne Fever in the Supreme Novices Hurdle at the Festival but once the going got tough the Willie Mullin inmate, who in fairness is a very gutsy beast, got the better of him in the final 100 yards.

The worrying form of the Nicky Henderson yard also has to play on the minds of any punter looking to take a skinny price on the Champion Hurdle prospect.

Six of Henderson’s big guns with Cheltenham Festival dreams in their minds have been beaten first time out this season Long Run in the Charlie Hall Chase, Grandouet and Oscar Whisky West Wizard, who was denied at 1/6 odds, Hardian’s Approach and Bobs Worth.

All that logic makes backing My Tent Or Yours at 4/5 a very mug-like play and all the faith should be with Melodic Rendezvous at a massive 5/2. He showed his capabilities when returning from his seasonal break with a very impressive win in a handicap at Wincanton.

Under top weight, he moved strongly just in behind the front two but had to battle really hard to get to the front, displaying plenty of heart in the process. This should see him prove too strong for My Tent Or Yours. Get on Jeremy Scott’s charge with a 2pt win stake.