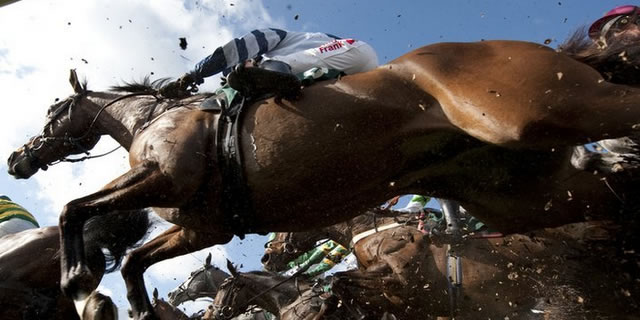 After hitting the bar yesterday at Lingfield with Smart Money, who finished a close second, Lewis Jones is looking to get that winning feeling back today by advising a deadly double….

We we’re out of luck yesterday as Smart Money ran his race but found one too good on the day but it was encouraging to see the horse run as well as expected on his UK debut for Venetia Williams.

After trawling through the card at Fontwell, first impressions suggest that this should be a day for short price horses to justify the market support as the racing is very uncompetitive.

This has triggered our interest in playing two of the day’s shortest priced favourites, who both look bombproof from a betting perspective, and chancing them in a double to extract some juicy value.

Trainer Emma Lavelle is a bit of master at developing young novice chasers into winning machines and there doesn’t seem many reasons not to put faith in last time out winner Red Rock to land the Quicksilver £1 To Win £500 Novices´ Handicap Chase (Fontwell 1:20).

Rated just 103, the eight-year-old looked a horse on the up when absolutely destroying a bunch of exposed chasers at Fontwell in October.

Racing positively and jumping with a slickness that had been missing from his game, Lavelle’s charge was streets ahead of his rivals in terms of ability but has been punished by the handicapper as a consequence.

However, the 9lb rise shouldn’t be enough to stop him in this kind of company, who have yet to register any wins over the larger obstacles. Strawberry Hill looks his only danger but he looks a bit slow and lacks the scope of the selection.

The second part of the double, that pays 15/8 with Bet365 (CLAIM £200 FREE BET HERE), comes in the form of the day’s banker Rouqine Sauvage in the 32Red Standard Open National Hunt Flat Race, who is trading at 1/3 this morning.

She made an eye-catching debut, travelling well throughout and could be called the winner some way out, romping clear. Her second career outing should bring the same reward in the silks of JP McManus and in the capable hands of AP McCoy.

Using a points to profit system just to record our winning margins we are advising a 4pt win on this double selection. Confidence is high.