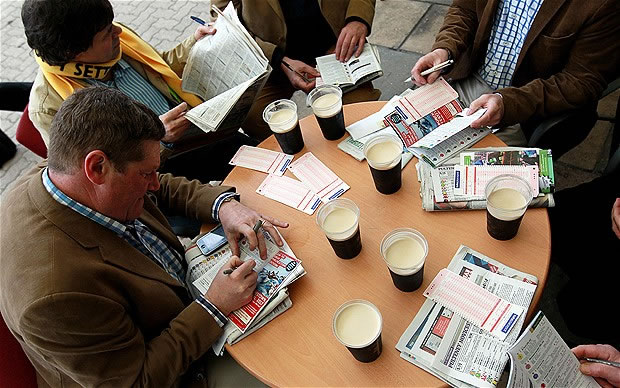 Lewis Jones has noted a significant jockey booking at Lingfield today and is advising punters to follow him in on this juicy 11/4 chance…..

We’re huge admirers of the skill shown in the saddle by Sam Twiston-Davies and the heir to AP McCoy’s throne should be followed with confidence for his only ride of the day at Lingfield.

Twiston-Davies decision to travel to south of London for his only ride of the day aboard on YOUNG HURRICANE (BET NOW £250 FREE BET) looks very significant, especially when you throw in his spectacular record when teaming up with trainer Dr Richard Newland.

The youngster has a 26% strike rate for the good doctor pulling in a level stakes profit of £7.47 and the 11/4 with Paddy Power snapped up early doors as this looks a horse primed for a big plunge in the market nearer the off.

The seven-year-old, who goes in the Great Point Media Investments Novices´ Handicap Chase at 3:20, has always been earmarked as a horse that could flourish over the larger obstacles after a stuttering period running over hurdler, where he is rated 110.

This will be his second foray into the chasing game having taken a very heavy fall that he was lucky to get up from at Wetherby in February. Newland has been very patient with the horse since, giving the Paul Jenkins-owned inmate a summer off to regain his confidence after that nasty incident on his chase debut.

He made a very encouraging comeback over hurdles at Wincanton, finishing a strong staying on fourth after there were nibbles for him in the market where he was backed down from 12/1 to 17/2.

He looked a bit gassy in the early stages of that race, which is understandable given his layoff, but really finished his race strongly suggesting there is plenty of ability to work with if progressing over fences as his trainer anticipates.

His market rivals today look pretty limited in all honesty. Cornish Ice has had two runs already over fences and has looked well held in poor company on both occasions while Guanciale is making his chase debut for a respected yard in the form of Brendan Powell but has a bit to find with the selection.

Using a points to profit system just to record our winning margins we are advising a 2pt win on this selection.