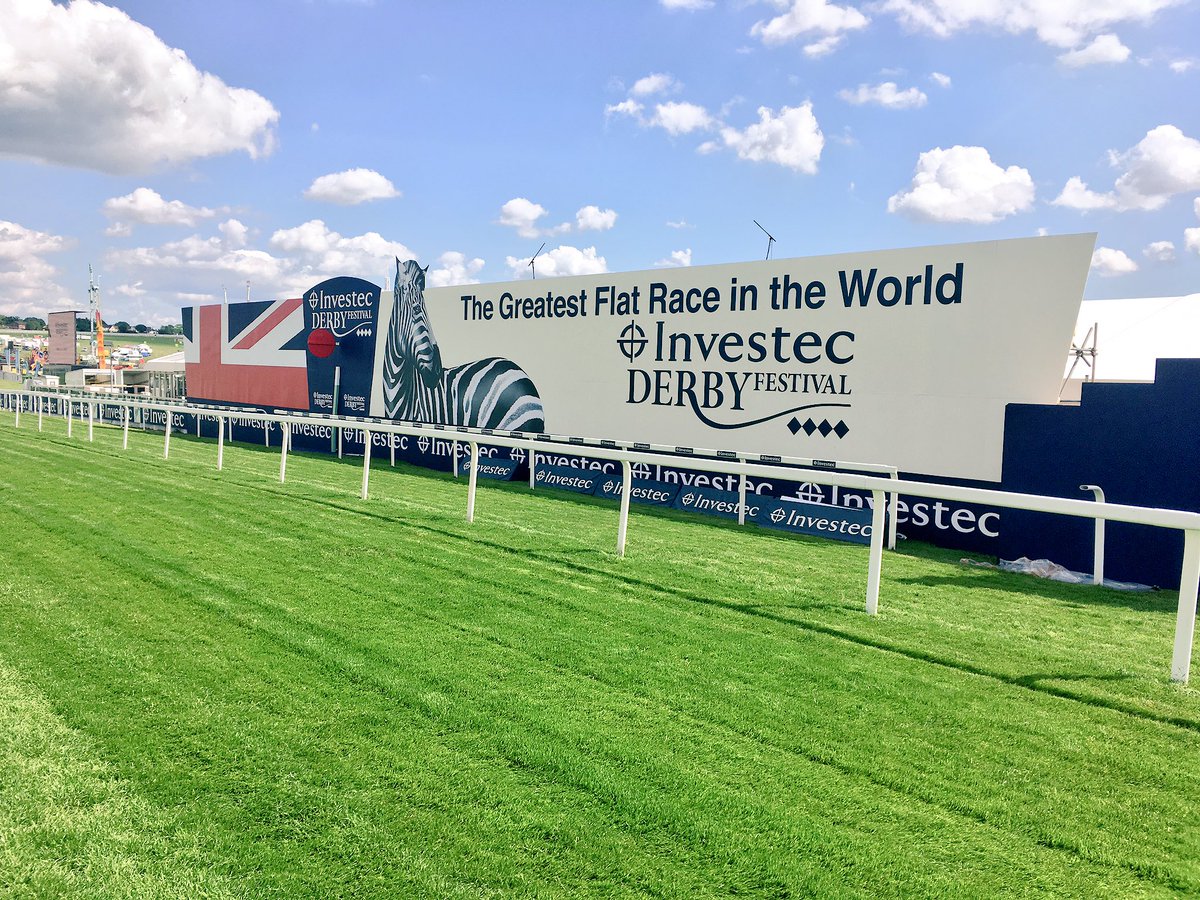 Epsom’s two day Derby meeting gets under way today at 2:00.

The first race is the Woodcote which is a 6f Listed Sprint for 2 year olds and the the course is sure to be a test for these two year olds today.

Seven runners go to post but it looks a 3 horse race on form. Mark Johnston and Richard Hannon have combined to win five of the last 6 renewals of this race and they look to have strong hand again today with Cardsharp and De Bruyne Horse.

Cardsharp won nicely on debut but struggled under a penalty last time out. De Bruyne Horse ran very green on debut but he learned an awful lot for that run as shown by his runaway win at Ripon.

He was very strong at the finish that day and I think he’ll take to this course. Zap was green when winning on debut at York recently.

He has the potential to be a decent horse but I think the Hannon and Johnson pair have more experience which could prove crucial.

I think Cardsharp will be bang there but I’m going to go for DE BRUYNE HORSE at 13/8.

The 2:35 is a 1 mile and ½ furlong handicap with a field of twelve runners. Lot’s of the horses at the bottom of the weights are either out of the handicap proper or look in the grip of the handicapper.

The top weight Remarkable looks a class above these based on his 5th in the Jersey Stakes and his 2nd in the Balmoral Handicap last season.

This horse was vell fancied for the Victoria Cup but didn’t get the clearest of runs. Came 10th of 24 but was only beaten by 4l in a race won by his stablemate who has won since.

Has to give weight away all round here but I don’t see that as much of a problem. This horse could well be listed or group class by the end of the season.

G K Chesterton won nicely last time out and is still unexposed, I’d give that one a fair chance and of the others I do like Stipulate at a big price each way. This horse was talented in his younger days and spent some time running in big handicaps in Australia.

Not won in 3 years but showed that he’s well capable of winning a race based on his 3rd in the Thirsk Hunt Cup last time out.

The extra half furlong will suit today. The Frankie Dettori ridden REMARKABLE is my selection for this race and I’m happy to take the 4/1.

I just think he’ll be too good for these.

The 3:10 is the Group 1 Coronation Cup which is due to be run over 1 mile and 4f. Lots of top class Group 1 winners in the field. Us Army Ranger, Idaho and Red Verdon were 2nd, 3rd and 6th in last years Derby over this course and distance.

They haven’t gone on and done too much since though bar Idaho who won a weak Group 2.

Given their liking for the course there sure to have a chance today but I don’t think their quiet group 1 level. Journey got on a good roll at the back end of last season winning three races including the Champions Fillies and Mares.

She would have a good chance if in the same form but she usually needs her first run of the season. Prize Money was a decent handicapper last season but has come on leaps and bounds this season in Meydan. He beat Postponed and then ran a gallant 4th in the Sheema Classic.

I do think Prize Money will go well but on his day none of these can beat Highland Reel. This horse is a 4 time group one winner and he was very impressive when winning the King George VI and the Breeders Cup Turf. He was also 2nd in the Juddmonte and the Arc.

This horse can be ridden from the front or can be settled in behind. I don’t think the course will be a problem as he’s galloped on a similar bend in Ballydoyle.

Prize Money at 18/1 looks a good value each way bet but HIGHLAND REEL should win this today at 15/8 – and should have a great season.

The 3:45 is a 1 mile 2 furlong handicap with 14 runners going to post. There are quite a few course specialists in this race and they need to be followed closely. What About Carlo, Innocent Touch, Examiner, Brorocco and Imshivalla are all course winners.

Of those two I like Examiner and Imshivalla who both won at this meeting last year. Examiner won the handicap which is earlier on this card and Imshivalla won this very race. Examiner warmed up for the season with a few runs on the all weather and he was very unlucky in two of those runs.

He ran no sort of race last time out but I have a feeling this race has been the main target for a while. He’s allowed to run off the same mark he won of at this meeting last year and he is primed to run a big race. Some rain would help his chances. Imshivalla came into this race last year in bad form but caused a shock when winning this race at a big price.

She again comes into the race in bad form but she is now 8lb lower than last year’s win and has last year’s winning jockey on board. Fidaawy looks the big danger to both given his easy win last time out.

He could well follow up here but I’m going to go for both EXAMINER and IMSHIVALLA Each way at double figure prices.

The 4:30 is the feature race of the day and it is the Group 1 Classic Epsom Oaks. Ten runner go to post but I only rate four horses with a strong chance of winning and they are Rhododendron, Enable, Coronet and Sobetsu.

Enable was a nice winner of the Cheshire Oaks at Chester last month from Alluringly. She should confirm placings with that runner today but has bigger fish to fry.

She’s a lovely filly and has lots of potential but should could find one or two too good today.

Coronet was unbeaten in two starts last season and ran a cracking race when 3rd in a Group 1 in France behind Sobetsu on seasonal reappearance over 1 mile 2f.

She was never put into that race til late on and she was very eye catching. I think she’ll love this course and the step up in trip will be a big help.

Slight worry that Frankie Dettori chose stablemate Enable over her but I wouldn’t let that put you off her. I think she’ll reverse placings today with Sobetsu and will run a big race.

The one they all have to beat though is the Aidan O’Brien trained Rhododendron.

She was a top class two year old last season and won the Fillies Mile at Newmarket in fantastic style. She beat Sobetsu by 15l that day and I clearly think she’ll hold up that form today. She was very unlucky when 2nd in the 1000 Guineas on her only start this season.

She was given a bad ride by Ryan Moore and he let stablemate Winter get away from him then. It could have been that this filly found that trip too sharp. Which suggests that this step up in trip will bring out even more improvement in her.

Winter went on to land the Irish Guineas so the form has been majorly boosted. O’Brien has won this race six times and should make it seven today with RHODODENDRON.

Coronet could be the one to chase her home.