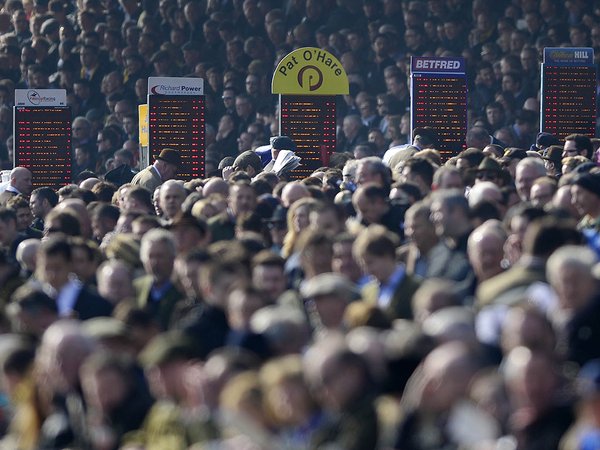 The beauty of the Cheltenham Festival is that tomorrow is always another day. We struck gold with Altior, Sizing John in the w/o Douvan market and Annie Power Tuesday so hoping of more of the same Wednesday.

Whether you have cleaned up on Day One or endured a stinker, when you lift your head from the pillow there’s another chance to put things right and land a blow or two on the bookmakers jaw.

One horse the bookies will praying will get beat is YANWORTH in the Neptune Investment Management Novices Hurdle.

Unluckily for them, he looks an absolute stone cold certainty. Usually these types of horses are available to back at 1/3 – like we saw with Douvan yesterday – but this fella can be gobbled up at near odds against. If you like steaming in on favourites then Yanworth looks the most bombproof of the entire week.

His win over the course and distance on trials day is head and shoulders the best piece of form on offer and he had so much left in the tank that day it’s scary. I’ve got a feeling we could be looking at next year’s Champion Hurdle winner here even if Faugheen gets back to his best.

A legend could be born. I’m very excited to see him scamper clear.

This could be a very profitable day for owner JP McManus who could find himself back in the winners enclosure 40 minutes later with MORE OF THAT in the RSA Chase.

The 2014 World Hurdle winner has always been a monster of a chasing prospect and he’s taken to fences very nicely, winning both his trials at Cheltenham last year.

Usually, I like an RSA horse to be battle hardened having run at least four times over fences but More Of That can be an exception as he looks the real deal and has Cheltenham Festival winning form in the book.

He’ll have enough to see off No More Heroes, who disappointed in last year’s Albert Bartlett coming up the hill – I think he’ll get outstayed in the closing stages.

SPRINTER SACRE looks a knocking each-way bet to nothing in the Queen Mother Champion Chase and if he wins there won’t be a dry eye in the house at Cheltenham. Nicky Henderson has done a remarkable job to get this legend of a horse back to winning ways at the top level. He is a fragile beast these days but I just can’t ignore the scintillating jumping show he put on in the Schleor Chase earlier this year.

With favourite Un De Sceaux’s jumping likely to be tested, the bet simply has be Sprinter Sacre at 9/2.

JOSIES ORDERS is bound to be popular in the Cross Country and it’s easy to see why as he’s improving horse up against some gritty but declining veterans.

The Coral Cup looks the usual difficult puzzle to solve but last time winners come out well according to the stats from a low representation, so I’ll chance POLITOLOGUE at 10/1, who has been talked up by plenty of shrewd judges at Festival preview nights.

The Fred Winter looks a watching brief for me but if pushed I’d have an each-way play on the filly MISSY TATA.

A more confident wager comes in the Champion Bumper where Jessica Harrington’s horses are always to be followed in this race.

When she runs one, she runs a gooden, and NEW TO THE THIS TOWN looks the answer.