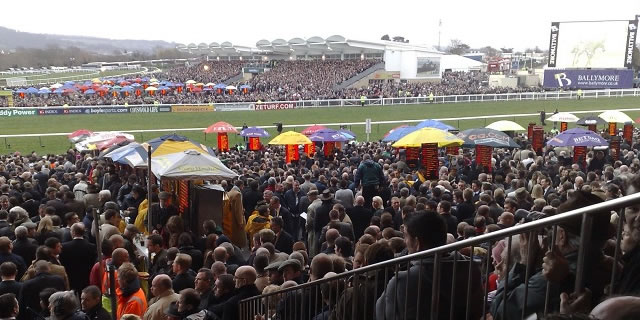 Cheltenham’s October meeting kicks off today and Lewis Jones is eager to begin the first real jumps meeting with a winner or two.

Wahey! It’s first of the new season at the Home Of Jump Racing! It’s good to be back.

The meeting was renamed The Showcase in 2007 and went into a Friday/Saturday slot for the first time after being run in mid-week previously.

This year’s meet has been moved a week later to prevent a clash with QIPCO British Champions Day.

These two days are important markers for the season as it’s the natural starting point for horses returning from their summer breaks and is often used in preparation for The Open meeting in November. We should be able to gauge plenty of clues for that meeting on Friday.

The best bet on Friday’s card looks to be ROCK THE WORLD in the SQUAREINTHEAIR.COMNOVICES ́ CHASE (2:45).

I was surprised to see the Jessica Harrington-trained chaser not trading as favourite for this event that probably won’t take much winning.

The key to this horse looks to be genuine good ground, which he’ll get at Cheltenham.

The selection quite an exuberant jumper and seems quite well suited to front-running as shown when beating The Game Changer at Galway with a fair amount in hand.

That form has subsequently franked with the runner-up going onto win his next three chases, all at Grade Three level.

Rock The World flew off the ground that day, attacking his fences with real confidence.

However, he didn’t look the same horse on heavy ground last time out when he was beat by Rightdownthemiddle. His jumping was pretty average and although he travelled like the best horse, he just got stuck in the mud in the closing stages.

A return to a sounder surface is a big plus and 9/4 looks generous for a horse with plenty of variables in his favour.

The day starts with the NEPTUNE INVESTMENT MANAGEMENT NOVICES HURDLE (2.10), which is the first contest on the Road to Cheltenham series of races for middle distance novice hurdlers that culminates with the Grade One Neptune Investment Management Novices’ Hurdle at the Cheltenham Festival.

The New One won both races in 2013 but I’ll be shocked if we see another Festival winner in this line-up.

That shouldn’t stop punters steaming into PENGLAI PAVILION, who looks the perfect type from the John Ferguson yard to prosper at this time of year on a sound surface.

Unbelievably, this horse was fifth in the 2013 Arc when with Andre Fabre in France and he’s looked very professional in his two novice wins so far this season at Hexham and Stratford.

His trainer is already talking about him being a horse for the Festival and although that looks a fanciful shout at this stage, he should have the class to prosper at this kind of level.

Anything around 7/4 looks juicy to me.