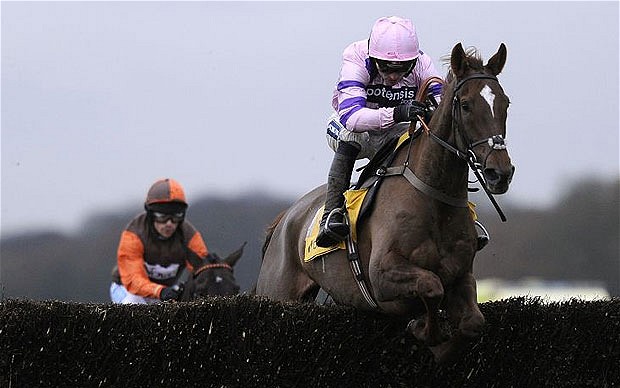 Silviniaco Conti (Odds 3/1): Beaten all before him in his last two runs at the top level, which rubberstamped his place at the top of the Gold Cup market.

After winning the Betfair Chase and King George VI Chase, Paul Nicholls’ top chaser is now a five-time Grade One winner over the large obstacles, including two Kempton showpieces.

However, he is 0-3 at Cheltenham in his career and has been beaten on his last two attempts in the Gold Cup, falling when travelling strongly in 2013 before throwing his race away last year when leading over the last but running around in the final 100 yards to allow Lord Windermere and co. to strike late.

Road To Riches (Odds 9/1):  Rated as the top chase in Ireland after progressing impressively this season, winning the JNWINE.com Champion Chase by 11 lengths and then a deep renewal of the Lexus Chase at Christmas.

That latest win stands up well when it comes to the test that is the Gold Cup and if anyone underestimated him before the Lexus, they won’t now. Trained by Noel Meade, the seven-year-old will be the mount of jockey Brian Hughes.

Many Clouds (Odds 9/1): This year’s Hennessy Gold Cup winner has put trainer Oliver Sherwood back on the map. He won the Newbury feature in gutsy style off a big mark of 151, jumping like a stag and powering clear in the closing stages. That form is usually good enough to become a serious player in the Gold Cup and he arguably built on that when beating Smad Place (giving him 8lbs) and last year’s Ryanair winner Dynaste in the Betbright Cup Chase at Cheltenham.

Holywell (Odds 10/1): A course specialist at the Cheltenham Festival always merits respect. Jonjo O’Neill’s star won the Pertemps Final over hurdles in 2013 and backed that up by winning the big three mile handicap chase in 2014.

He was many people’s idea of the Gold Cup winner after he thrashed Don Cossack by 10 lengths at Aintree at the end of last season but the knives are out for him as he was beat easily by Many Clouds on his seasonal reappearance and then unseated his rider in the race won by Sam Winner at Aintree in December.

Got back on track with a flawless display at Kelso but will need to improve significantly from that to feature.

Usually the first place to start form a form perspective when analysing the Gold Cup is the previous year’s race but it was a messy affair in 2014 with less than three lengths separating the first five.

I’m of the opinion that Silviniaco Conti was the best horse on the day but he threw his chance away in the closing stages by diving left – the argument that he doesn’t stay has little logic and he deserves to be favourite.

I’m willing to let him win at 3/1 though and would prefer to back Many Clouds each-way.

His Hennessy win was super impressive and his main asset is his jumping, which will certainly get him into contention for a top three finish.