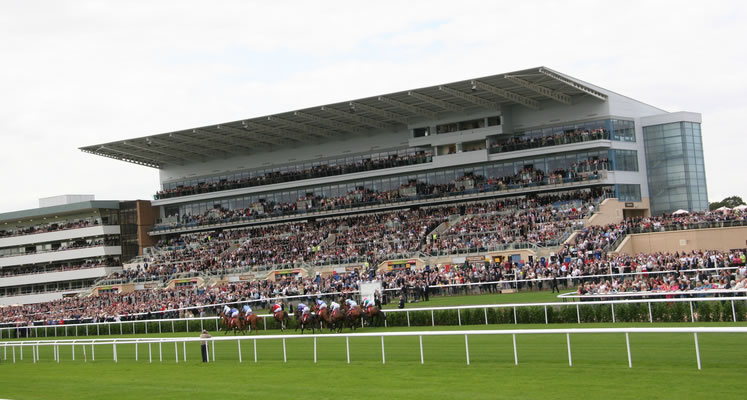 Another day, another Cheltenham Festival preview night where the people in the know give their opinions on the 2014 extravaganza that is getting agonisingly close.

The latest one was held at Doncaster over the weekend and we had our spies in the audience to jot down all the relevant information.

In attendance for this one, which was conducted after racing, were racecourse commentator John Blance, At The Races broadcaster Simon Mapletoft, William Hill’s Andy Holding and Jennie Prest, PR man Roger Hart and trainer John Quinn’s assistant Sean Quinn.

Hopefully, this info can be of use to you when decidinh where your money is going.

The panel felt that Irving was a solid option at the top of the market but was far from bombproof.

“He has to jump better but has recorded the fastest times of all the novices and I like him at the prices.”

Prest was keen to get onside of Wicklow Brave also and admitted that The Liquidator, who is trained by David Pipe, would be a terrible result for William Hill.
Blance tought that Ruby Walsh will try and ride Vautour in the same way he attacked Champagne Fever from the front last season.

The talk was straight onto the chances of Hurricane Fly, who Mapletoft believes has achieved legendary status whatever happens on the Tuesday. Hart was keen to raise the question about the Fly’s age, saying that Sam Twiston-Davies has been banging the drum for The New One all season and he thinks he’s a very good judge.

However, Holding was very negative about The New One’s chances.

[blockquote source=”Andy Holding”]I’m not convinced by The New One, he recorded a poor time at Cheltenham when beating Zarkandar and a slower circuit time than King’s Palace on the same day,” he said. “I like Our Conor and My Tent Or Yours, who ran well at Christmas ad with Jezki making the pace, he looks likely to still be on the bridle turning for home[/blockquote]

Prest concluded that Hurricane Fly – just like every year – would be a terrible result for Hills but she felt he was beatable.

Holding, like many others at preview nights, was very hot on the each way chances of Hinterland, who he feels is a great NRNB proposition around tehe 16/1 mark.

Hart was very much in the Sire De Grugy camp, saying that the Tingle Creek is a fantastic trial for this race. Sizing Europe was mentioned by Quinn as was Benefficient as each-way options while Prest had some interesting words regarding the favourite, who has been very weak in the market.

She said [blockquote source=”Jennie Prest”]Sire De Grugy is drifting in the market. Kid Cassidy, Captain Conan and Sizing Europe all have their supporters but best to look out for NRNB as difficult to know where these horses will run. I think 7/4 is short enough for Sire De Grugy[/blockquote]

Quinn think Paul Nicholls has Big Buck’s very fit for his comeback run in the Cleeve and doesn’t think he’ll come on much for the run, pondering whether he’s actually retained his ability.

Holding and Hart agreed that Big Buck’s was a stinking price and would be looking elsewhere for the winner.

Rule The World looks a good each-way bet, he has Cheltenham form behind The New One and recorded a fast time in beating both Dunguib and Upsie last time,” Holding said.

Blanche was also against Big Buck’s and thinks Zarkandar could be the Nicholls horse to follow while Prest said the market revolves around Annie Power, who has been confirmed for the race in the last 24 hours. She has been very well backed.

Both Mapletoft and Holding were impressed with the Giant Bolster’s win in the Argento last time out, thinking that the headgear may have ignited his spark. Bobs Worth is a strong favourite according to the panel but Prest said that Silviniaco Conti has been better backed.