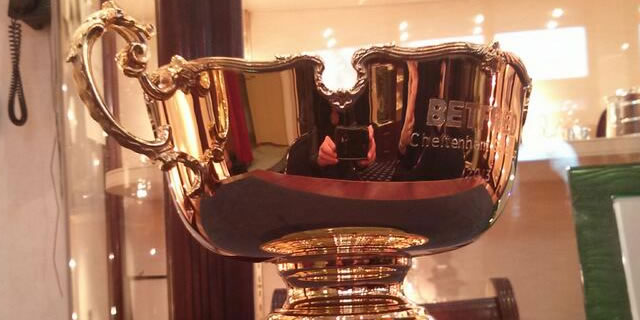 With National Hunt racing fans left with just one UK fixture at Newcastle, a rather depressing one at that, to ponder over on what is usually a day to savour at Sandown (meeting postponed), we have decided to look further afield and add another horse to our Cheltenham Festival ante-post portfolio.

Thus far we have only one horse pencilled in, and in all honesty it’s one we’d rather forget as our long term Supreme Novice Hurdle fancy West Wizard was humbled on his only start to date and has now drifted out from 8/1 to 20/1 for the opening race of the festival.

That’s not to say the bet is completely dead with the winner of that event Sgt Reckless also now in the picture for a Supreme Novices Hurdle crack and West Wizard may improve for that first race when Nicky Henderson’s horses were running below par. We’re not giving up on him yet.

The Cheltenham Gold Cup has come under our scrutiny for the purposes of this ante-post pick and we think we may have unearthed some corking each-way value. Harry Topper is a horse that has Gold Cup stamped all over him and although he isn’t the most consistent over his fences, if ever there was a race where everything was to fall right it would be the Cheltenham feature.

At 50/1 he looks very overpriced with each-way terms in mind.

Trainer Kim Bailey has never hidden the fact that Harry Topper is by far the best three mile chaser he’s had in his yard for quite some time. His novice chase career over three miles saw him win his first three starts including when beating subsequent Jewson Novices Chase winner Beneficent in tremendously game fashion at Newbury.

He had looked beat with three to jump but he showed his stamina capabilities by reeling in the leader come the line. His jumping went to pot towards the end of the season when he missed Cheltenham and was very unlucky to be brought down in the Punchestown Grade One behind Mount Benbulben.

What has got our Gold Cup juices flowing for his chances is his reappearance win in the Charlie Hall.

On soft ground he once again showed his liking for a slog when getting up on the line to nail Wayward Prince (Unioniste, Beneficent & Long Run all well beaten). Although he blew up at Sandown last time, that three runner race was never going to suit.

If Bailey can keep him fresh and well for the big day, if the ground is soft, then there is no way a horse of his staying ability will be 50/1.