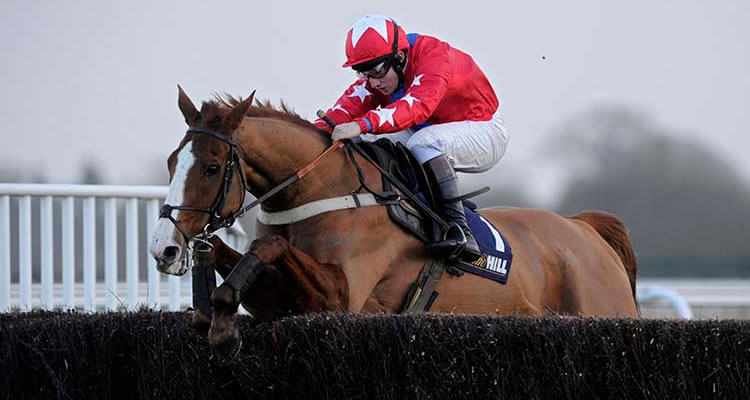 At every single Cheltenham Festival preview night this season, the vibes surrounding the chances of Sire De Grugy in the Champion Chase have been very negative.

But, to my eyes, he looks rock solid at head of the betting in a very average renewal of the two-mile championship contest and rates as the best bet of day two at the Cheltenham Festival.

Gary Moore’s horse doesn’t get the respect he deserves for some reason, despite winning the Tingle Creek Chase, Desert Orchid Chase and Clarence House Chase all very impressively and professionally this year.

Pick up and EXCLUSIVE offer on the Champion Hurdle with Paddy Power:[divider type=”thin”]

His only hiccup came at Cheltenham earlier in the season but there were valid excuses that day as he never jumped a fence and was giving 10lbs to the winner Kid Cassidy, who relished the race make-up and it fell into his lap.

At 3/1 Sire De Grugy is a very fair price at the head of the betting and we see no reason to oppose him if in his usual classy mood. Take the 3/1 with three points win stakes.

Time and time again we see course form come to the fore at the Cheltenham Festival – Holywell’s win in the big handicap yesterday proved that – and the fact Red Sherlock (2pts win) has two course wins to his name already bodes well for his chances in the Neptune Investment Management Novices´ Hurdle. He showed great gears and gameness to fend off Rathvinden last time out at Prestbury Park and we see no reason why the form will be overturned.

Corrin Wood (4pts each-way) should make a bold bid from the front in the RSA Chase if jumping with the same brilliance as he did at Warwick earlier this season. That form looks very strong and there still be some scope left in his price at 8/1. Richard Johnson takes over from the injured Jason Magure in the saddle.

The Coral Cup is such a lottery it’s worth playing two horses with win stakes. Our money this year is going on the chances of Kaylif Aramis, who won very well following a breathing operation at Ascot, and Dell’Arca, who ran a great race in the Betfair Hurdle which is always a great pointer for this event.  Both can be backed with one point win stakes.