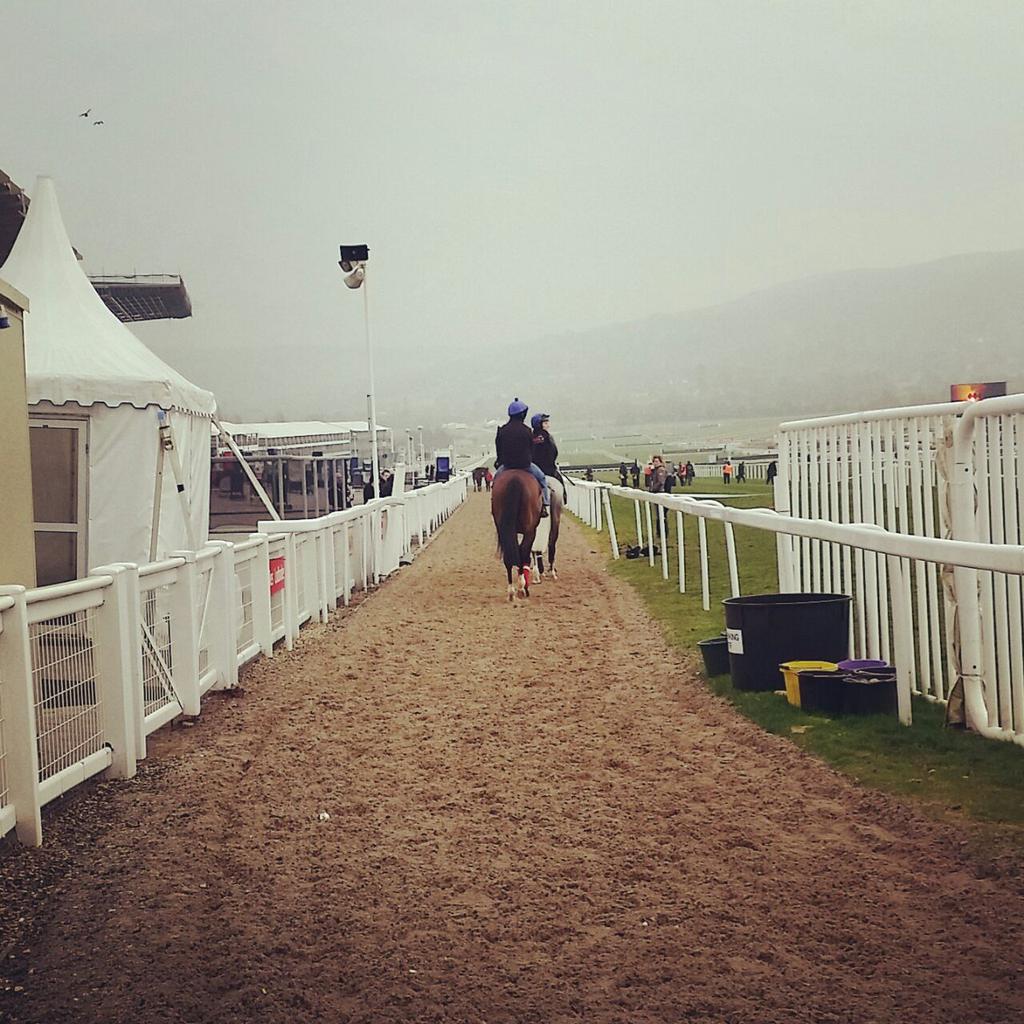 Oooooo. We’re halfway there. Two days down, two to go and the bookmakers are on the floor but not quite counted out yet.

They’ll be looking to get plenty back today on a tricky looking day of racing at Cheltenham, where the two main races the Ryanair and World Hurdle look incredibly tough puzzles to solve.

Are we all set? pic.twitter.com/CQdDh1qf2B

Throw in three big-runner field handicaps and you have yourself a potential bookie benefit day on our hands. Keep that in mind when plotting your stake sizes.

Paddy Power are offering 12/1 on Vautour to win the JLT! – New customers only

The easiest race to work out is the JLT Novices Chase at 1:30.

Vautour is the market leader but is probably Willie Mullins’ worst valued favourite of the week at 7/4. He is very, very beatable and anyone who backs him needs their heads examining.

Despite winning the Supreme Novices Hurdle last season, he has failed to build on that over fences. Clarcam, who was thrashed in the Arkle on Tuesday, beat him comfortably after a horrid round of jumping and there is no reason to think why it will improve for a switch to Cheltenham.

He is a talented beast but his jumping can let him down at times. That said, he still managed to beat Valseur Lido last time out and only just get outstayed by Don Poli, who was brilliant in the RSA Chase yesterday. At 5/1 he looks the bet in the race.

The Ryanair Chase is a very high-class renewal this year and I’m very tempted to get stuck into Foxrock at around the 8/1 mark.

Three milers dropping back in distance have a very good record in this race and Foxrock’s performance in the Irish Hennessy last time out was strong form. He finished second behind Carlingford Lough in a nail biting finish and I liked the way the front pair pulled clear of the remainder in behind to give the form plenty of substance.

He is 0-1 at Cheltenham though after he was stuffed in the National Hunt Chase last year but looks a different horse this year and got the top the hard way by winning some valuable handicaps before that brilliant Grade One showing last time out.

Don Cossack deserves to be favourite but has never done it at Cheltenham before while Ma Filleule will probably get outclassed as will Balder Succes, who is 0-3 at Cheltenham.

The World Hurdle is a dog of a race this year and small stakes are advised on the chances of Lieutenant Colonel at 8/1.

There wouldn’t be a dry eye in the house if this horse, who was trained by the late great Dessie Hughes landed the spoils. He looks the solid option in a race where five or six have legitimate chances.

The Pertemps Handicap is s frighteningly tricky prospect but I’m keeping one on side. Katkeau at 25/1 should relish the longer trip and drying ground.