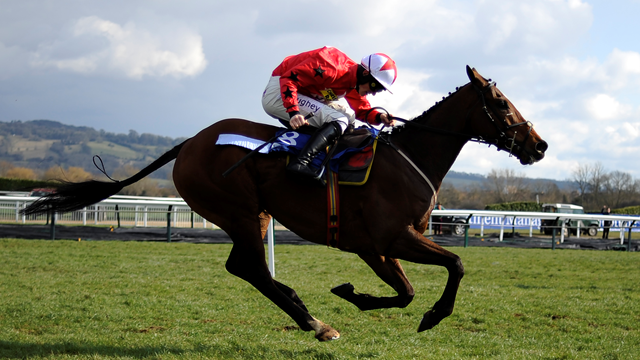 It’s finally here. The Cheltenham Festival kicks-off today and Lewis Jones has a tip for every race, bar the Mares Hurdle, with a strict points scheme. Follow him by the letter and you won’t go far wrong.

After following The New One all season, ignoring him now would be pure madness in the Champion Hurdle.

Everything looks spot on for his chances. The ground, in my view, has gone against Hurricane Fly, who will have to put up one of the greatest performances in National Hunt history to win this. I don’t think he’s got it in him.

Sam Twiston-Davies will sit and wait until after the last to unleash the selection’s power and he’ll fly to the line. Get on with a 2pt win stake.

Pick up and EXCLUSIVE offer on the Champion Hurdle with Paddy Power:[divider type=”thin”]

We begin with a roar and hopefully a bang if the Nicky Henderson-trained Vaniteux comes home in front.

Somehow Henderson has gone 22 years without saddling a Supreme Novices Hurdle winner. Beaten horses include Sprinter Sacre, Binocular, Oscar Whisky and Darlan. It’s about time one of his string get their head in front and the vibes about the selection are very good heading into the race.

At 10/1 Vaniteux has collapsed in price over the last week and Barry Geraghty has decided to jump on board ahead of Josses Hill. His latest win at Doncaster was very impressive and his jumping seemed to hold up much better than it did at Kempton where it cost him the race.

The front two in the market – Iriving and Vautour – are beatable and with Paddy Power’s refund if a selection finishes in the top-four, we’ll happily play the 10/1 with 5pt win stakes with Paddy’s offer in mind.

The Racing Post Arkle Challenge Trophy Chase looks at the mercy of Trifolium, who is taken to just get the better of Dodging Bullets down to his previous known form of handling the Cheltenham hill. Charles Byrne’s charge is a supreme jumper and has the gears the land the feature novice two mile chase at 9/2. Get on with a three point win.

Alfie Sherrin, under AP McCoy, will no doubt be overbet in the Baylis & Harding Affordable Luxury Handicap Chase but it’s impossible not to rate his chances as very strong around the 7/1 mark. Get on with a 0.5 win stake.

Quevega will win the Mares Hurdle but no betting proposition at the prices, while Shotgun Paddy’s (2pt win) battle-hardened experience in the Classic Chase at Warwick should see him go mighty close in the Terry Biddlecombe National Hunt Chase Amateur Riders´ Novices´ Chase.

Finally, Manyriverstocross (2pts each way) has previously run very well at Cheltenham and looks on a fair mark in the Rewards4Racing Novices´ Handicap Chase, especially if the 8/1 chance jumps with the same vigour as he did behind Oscar Whisky at Sandown.