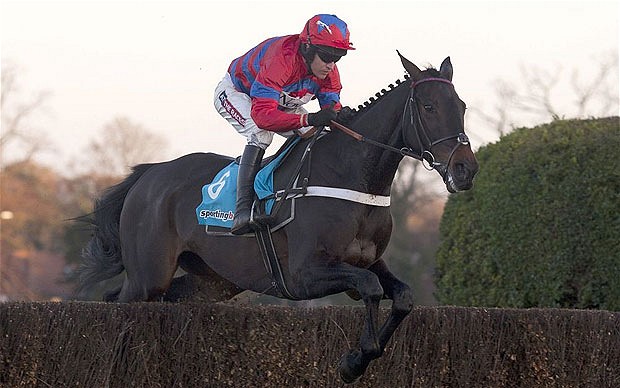 Sprinter Sacre (Odds 5/2): Arguably the greatest two mile chaser that has ever graced this planet is back and looking to regain his crown off Sire De Grugy after missing last season with a serious heart problem.

Rated 188 in his prime after winning two Champion Chase crowns, Nicky Henderson has worked wonders to get the horse back on the field but he looked a shadow of his former self on his reappearance behind Dodging Bullets at Ascot in the Clarence House Chase.

He travelled with his usual gusto but found absolutely nothing off the bridle. Henderson maintains however that he will have improved from that run come the big day.

But like Sprinter Sacre he’s had his problems, missing most of this season with a hip injury. Moore has been patient with the horse but had every right to be worried about his state of mind when he jumped like a novice on his return behind Mr Mole.

His price for the Champion Chase drifted out to 7/1 after he unseated Jamie Moore in that one but the real Sire De Grugy stepped up to the plate in a handicap at Chepstow.

He thrashed a good field off top weight by seven lengths to book his place as one of the market leaders at Cheltenham.

Dodging Bullets (Odds 9/2): Paul Nicholls has worked his magic once again on this chaser, who wasn’t seeing his races out before the Tingle Creek but now has a powerful finishing kick to go along with his epic jumping and strong travelling nature.

Was beat in the Supreme Novices Hurdle and in last year’s Arkle but looks a different animal now coming for a crack at his third Cheltenham Festival on the back of beating Sprinter Sacre at Ascot.

Champagne Fever (Odds 6/1): Time and time again these horses come back to Cheltenham and perform to their best and Champagne Fever is a perfect example.

He has won a Champion Bumper and Supreme Novices Hurdle while only finishing a close second in the Arkle behind Western Warhorse last season.

He failed to stay in the King George so has been switched back to the minimum distance and comes to Cheltenham on the back of a confidence boosting win in a Grade Two at Gowran Park.

Although it pains me to see a champion flop on the big stage, it’s hard to see anything but a disappointing result for Sprinter Sacre.

Henderson would never have run him at Ascot if he wasn’t near 100% fit and it looked to me that the horse is not quite the beast he once was judging by his weak finishing kick.

Sire De Grugy was very good at Chepstow and is now back in the hat while Dodging Bullets Cheltenham record is worrying but he is hard to kick out of the frame since learning how to finish his races.

I’ll be place laying Sprinter Sacre on the day in the win and the place market.