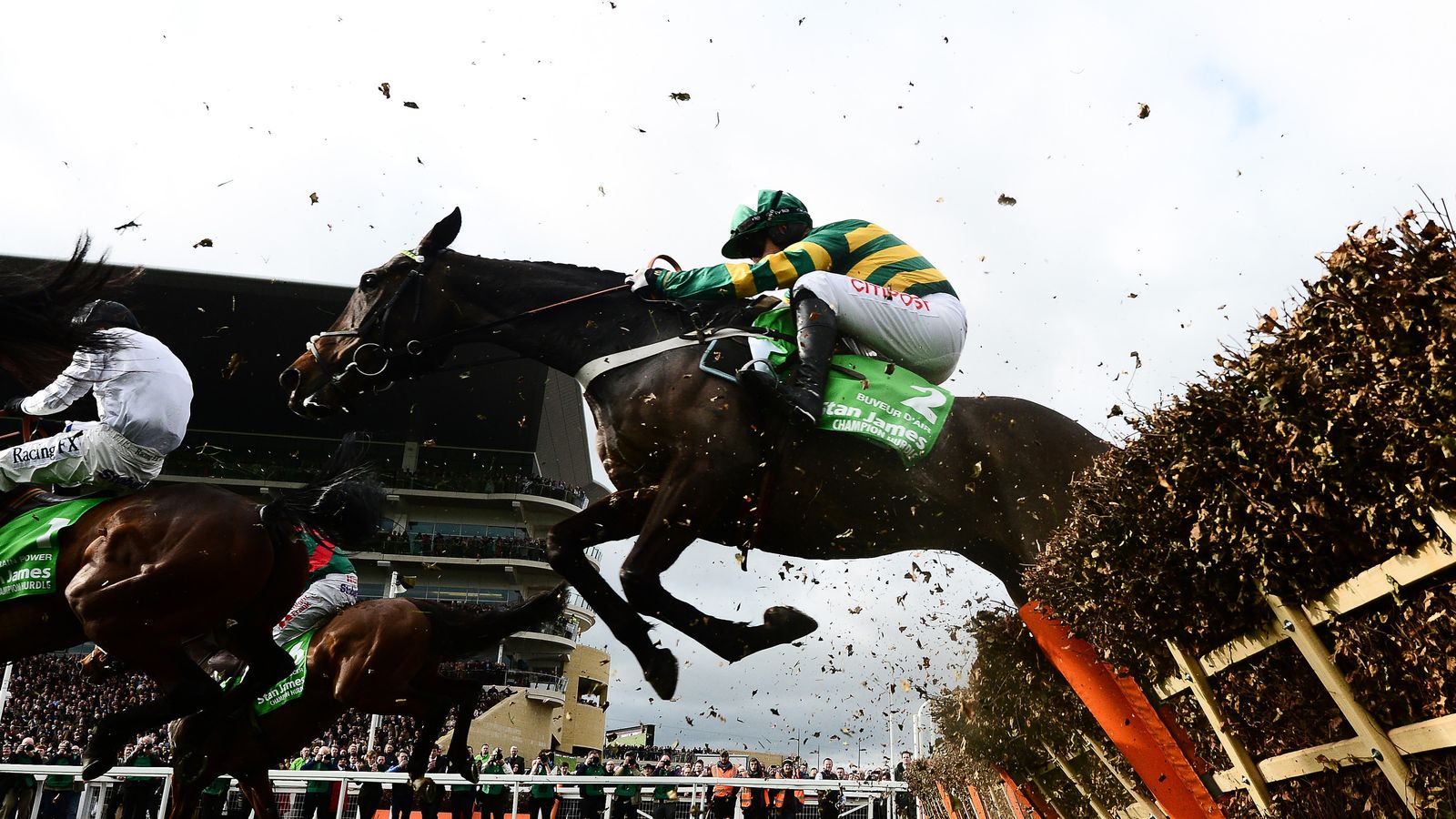 Top class two-mile hurdlers looked thin on the ground this time last season, and a seventeen-runner Champion Hurdle was indicative of a division that had become somewhat muddling rather than one blessed with great depth.

Whilst the renewal itself may have been below par, it would to take a brave man to level that accusation at the race’s winner, Epatante, who emerged from leftfield but ended it as a clear benchmark in the division and a convincing Champion Hurdler.

Her unbeaten season started out in handicap company in the Gerry Fielden, she gained her first Grade 1 when winning Kempton’s Christmas Hurdle and improved again to win Cheltenham’s great prize.

Epatante may be in deeper waters again this year, but she’s a smooth traveller with a rapid turn of foot and saw the Cheltenham hill out well last season and is clearly the one that all contenders need to improve.

After only six hurdles starts, there’s still potential room improvement to come and her current odds of 5-1 wouldn’t be a poor bet.

Given her Epatante’s clear superiority over the rest of the two-mile hurdlers last season, it’s no surprise that the next three in the betting are all stepping out of novice company,

They’re headed by Abacadabras, who improved with every start last season and went down by a narrow margin when a head behind Shishkin in the Supreme, the pair having eleven lengths clear of the very smart Chantry House.

He may have a looked a little quirky at times earlier in his career, but those idiosyncrasies looked to have been at least partially ironed out by Cheltenham.

He finished ahead of last season’s Champion Hurdle third Darver Star in the Royal Bond, form which would already have him well in the mix for a race of this nature, but he met with defeat on his recent return at Down Royal, again travelling into a position to strike before finding less than expected off the bridle.

I don’t think it’s particularly an attitude problem with Abacadabras, he battled gamely to hold second position from Jason The Militant, but I think it’s closer to the case that Abacadabras’ petrol tank empties quicker than the average horse.

He’s likely to be very close to the front jumping the last at Cheltenham once again, the question is how much will he have left after.

Another horse from last season’s novice ranks with the potential to make the step to Championship level is the County Hurdle winner Saint Roi, who made a mockery of his initial mark of 137 to justify strong market support to record one of the cosiest handicap victories of recent years at the Festival. He didn’t need to show much more to win at

Tipperary on his return, but he’s clearly a horse with huge amounts of potential. Nothing he’s achieved so far would usually come close to Champion Hurdle standard, but the ceiling of his ability looks to be much higher than the races he’s been running in, and as the horse who is the hardest to quantify accurately, could prove to be the biggest threat.

Forty minutes before Saint Roi took the County, Goshen was in the process of dismantling the Triumph field, until a cruel twist of fate saw him lose his balance and his jockey after his hind and fire shoes caught each other on landing at the last.

Goshen in the Triumph Hurdle

Redemption, this time against his elders, will be the aim in 2021.

On paper, Goshen’s age is the biggest negative about his Championship claims- only two five year olds have won this in the last thirty years- but Goshen looked to be levels above than the average winner; he maintained a frightening pace throughout the Triumph and Aspire Tower’s defeat of Abacadabras has already given this crop of four year olds a form boost.

Nevertheless, it will require a step up again to bully fully established hurdlers the way he has bullied his own generation, but his level of raw ability looks freakish.

Of those at bigger prices, the Rich Rocci owned pair Sharjah and Saldier appeal most from an each-way perspective.

The former, though well exposed by now, is a 3x Grade 1 winner band ran to form when runner-up in last season’s renewal. He’s probably an unlikely winner, but if any of the up-and-comers fail to meet expectation, he’s a very solid option for the placings, whilst Saldier, now into his fourth season hurdling, has only made the track twice across the past two years.

Those efforts were both very smart though, looking likely to beat that year’s Champion Hurdler Espoir D’Allen when falling at Naas and winning the Grade 1 Morgiana last season.

With a clear campaign under his belt, I can see him going off much shorter than his current price of 25-1, whilst dual champion Buveur D’Air also merits a mention.

Things haven’t gone to plan for him over the last eighteen months, but if retaining all his ability after the injury he suffered at Newcastle last year, he should be well in the mix; certainly the Champion Hurdles he won were deeper contests than he 2020 renewal and it would be a masterful training performance from Nicky Henderson to have him near his peak once more.