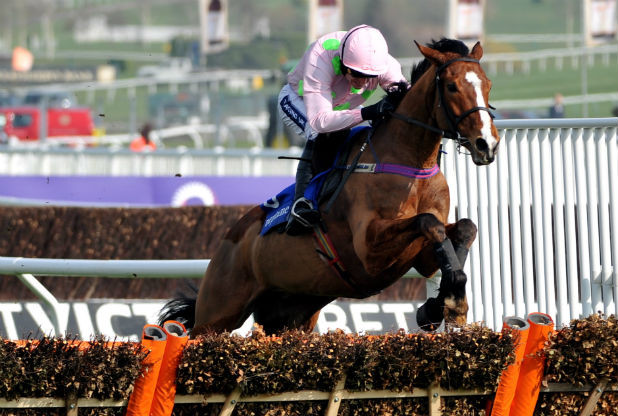 Lewis Jones is back to give us his rundown and main tips for the Champion Hurdle on Day One at the Cheltenham Festival – Will he tip up any surprises?

Faugheen (Odds – 11/10): Last year’s Neptune Investment Management Hurdle winner returns to Cheltenham a year on in a bid to crown himself as the best two-mile hurdler on the planet. Unbeaten in his career, Willie Mullins’ superstar has all the attributes of a special horse.

Although not flashy with his jumping, he gets to the other side in good style, but it’s the way he travels and powers clear of his opposition that puts him a different league. In both his starts this season at Ascot and Kempton, he’s made highly rated horses look like they should be making their living in a 0-90 handicap.

The one nagging doubt that surrounds him is the fact he’s never been tested against this elite crop of hurdlers.

The New One (Odds 3/1): Those that backed him for last year’s Champion Hurdle, including this very writer, will still be reeling after his race was all-but ended at the third hurdle when hampered behind the fall of the ill-fated Our Conor.

He flew up the hill to only be beaten less than three lengths and there is a strong argument to suggest that with a clean passage the frighteningly talented hurdler would have landed the spoils.

That’s all in the past now and he’s continued his top-class form this campaign, winning all four of his starts, the most impressive coming in the International Hurdle at Cheltenham where he gave Vaniteux 7lbs and a good beating.

Jezki (Odds 5/1): The defending champion has had to stare of the backside of Hurricane Fly in his three runs in Ireland this season but is a completely different animal at Cheltenham.

According to the market, it’s predicted that Jezki will reverse the Leopardstown form with the two-time winner.

Hurricane Fly (Odds 9/1): The ‘Fly’ is still going strong at the age of 11 and he arguably produced the most exciting moment of the season so far when winning his 22nd Grade One at Leopardstown in January.

That was his third win of the season and any thoughts that this legendary horse was gone at the game following his fourth in last year’s Champion have been truly thrown on the scrap heap.

Saying that, when you analyse the strength of the horses at the top of the market, it would be a truly remarkable performance if this horse could win the Champion for a third time and it´s almost certainly too much to hope for.

[blockquote]This race should be a cracker and I’m siding with Faugheen to outgun The New One – albeit it breaks my heart to do so. You would be hard pushed to find a bigger fan of The New One than me, but his tendency to jump right and the presence of a special horse at the top of the market has tempted me away. The selection is a superstar and has Cheltenham form in the book already from the Neptune – a race that has a strong record in producing potential Champion Hurdle winners.[/blockquote]