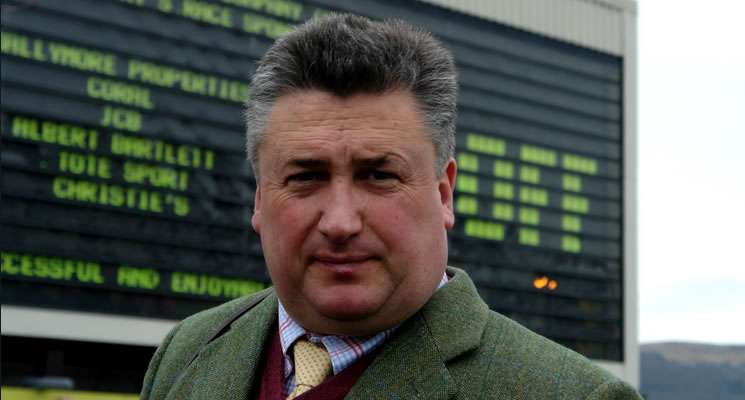 We are getting close now. With less than a week until the greatest show on turf, the preview nights around the country are coming thick and fast.

The latest night of thrills and spills was held at at the Memorial Stadium, Bristol, and was sponsored by William Hill.

Kudos to local bookmaker Andrew Smith, who managed to put together a very knowledgable and well respected panel.

The night was hosted by Jonathan Powell and he was a super question master, who kept the debate flowing at a rate that was easy for us punters to take some intruiging mental notes.

Hopefully, this info can be of use to you when deciding where your money is going.

With Nicholls on the panel, there was only one place to start. He saddles ante-post favourite Irving and anyone that is planning to back him should take plenty of confidence from the way Nicholls face lit up when discussing the youngster.

[blockquote source=”Paul Nichols”]Irving has won four from six on the Flat and we liked him from the start where he showed loads of speed and won the Dovecote very nicely.

He’s got everything, speed, stamina and jumps well. He’s got a bit short in the betting now but he doesn’t know that.

On the balance of form he deserves to be favourite. He is much speedier than my other winners but lately it has been jumping bred horses that have won the Supreme. I think he could be a Champion Hurdle horse next season.”

But the main news to take from this part of the night was Scudamore’s comments on the Willie Mullins pecking order for the Supreme.

After giving a pretty downbeat bulletin on The Liquidator, he then revealed that Patrick Mullins (Willie’s son) thinks Wicklow Brave is the stable number one.

He said: “Patrick Mullins stayed at Pond House a few weeks ago and, the way he was talking, Vautour wasn’t necessarily their number one as he was very sweet indeed on Wicklow Brave.”

Nicholls will saddle Ptit Zing for the race but feels he has plenty to find as the market suggest.

The New One was the most likely winner to him. Scudamore agreed with Nicholls and admitted he’d rather be on the Nigel Twiston-Davies runner than Hurricane Fly.

Morlock raved about My Tent Or Yours, saying that he’ll stay every yard of the distance.

[blockquote source=”Charlie Morlock, Assistant to Nicky Henderson”]I don’t think the hill is a problem for My Tent Or Yours,” he said. “He is essentially a Flat horse who missed his turn on the Flat. I just think he got outstayed by a better horse last year under an exceptional ride. He has had an ideal preparation.[/blockquote]

Nicholls seemed very bullish about Hinterland and very negative about Sire De Grugy, pointing out that he is 0-2 at Cheltenham and that his horse reminds him of Twist Magit.

Best to note that Twist Magic never actually completed a race at the Festival in three attempts.

Scudamore said Sire De Grugy is best on right handed tracks while Mortlock said Kid Cassidy “is more of an each-way shot than a winner.”

Nicholls used Kauto Star’s comeback as the way he feels about Big Buck’s.

[blockquote source=”Paul Nicholls (on Big Bucks)”]I am training him for one day and he is massively fitter than in the Cleeve. He has improved more than Silviniaco Conti did between the Betfair Chase and King George when he trained him for Kempton[/blockquote]

Zarkandar is the value of the race by miles according to Scudamore, Mortlock actually liked the way Big Buck’s ran last time and Smith is going to lay Big Buck’s strongly on the day.

“Cheltenham will suit him better than Kempton where he won the King George,” Nicholls said of Silviniaco Conti.

But, the main angle again came from Scudamore, who said he’d be destroyed if The Giant Bolster doesn’t make the first four.

He’s been the talking horse at the prices in the last few days. Mortlock said Triolo D’Alene worked the house down the other day and gave Bobs Worth a tougher workout than he perhaps expected.

He thinks the second string is no outsider.