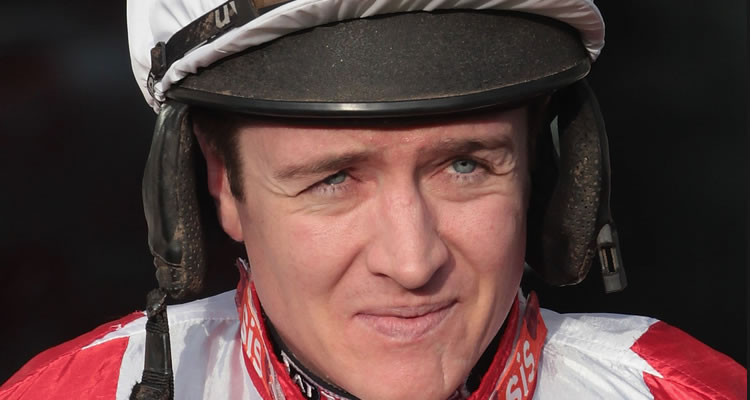 Regarded as one of the nice guys in the weighing room, Geraghty brings a ruthless streak to the Cheltenham Festival with his destructive partnership with trainer Nicky Henderson.

An iconic ride that will live long in the memory, especially for those that backed the Henderson-trained chaser. That included one of Henderson’s stable staff, Conor Murphy, who netted a cool £1m courtesy of Riverside Theatre completing an accumulator he had placed earlier in the season. If the rumours are to be believed, Murphy handed Geraghty over £50,000 of his winnings for his part in the life changing punt.

The horse was never in contention for most of the race but Geraghty never gave up the ghost, cajoling the widely renowned lazy beast along from almost the get-go. Riverside Theatre’s response was limited, even with a mile to run he looked likely to be pulled up but his ride finally drilled the message into him as the horses approached the hill.

One by one he picked off the leaders under his relentless rider, and in a head-bobbing stretch to the line got enough out of the charismatic horse to land the spoils for his popular owner and actor James Nesbitt. The only time he was in front was at the line – it was a tremendous, logic defying effort from the rider.

This victory aboard the 22/1 shot didn’t bring the same joyful reaction to punting circles as his ride on Riverside Theatre produced, but in terms of jockeyship, race tactics and strength in a finish, the effort he performed on the winner was supreme.

Enforcing hard fractions from the outset on the Irish raider was a key component in getting the very well backed favourite Binocular, who was trained by his boss Henderson, beat.

Geraghty ensured the contest was run at a strong pace in order to quell the threat of Binocular’s electric turn of foot. Binocular looked the likely winner with only one hurdle to ping but Geraghty was strong on Punjabi from the front and his timing and power up the Cheltenham hill repelled the threat of favourite, who just couldn’t get past the outsider.

A true testament of a top-class jockey is to win a big race on an inferior horse, and that’s what Geraghty achieved here on Punjabi, who wasn’t in the same league as Binocular but tactically got the fractions spot on in that particular Champion Hurdle.

That’s the beauty of Geraghty – he’s a man for all occasions. Hurdler, chaser, no-hoper or champion, the talented horsemen can ride them all.

In August 2008 Geraghty, who was making a name for himself with Jessica Harrington’s horses in Ireland, made a life changing move to become Henderson’s stable jockey. Since the move, he has ridden 10 festival winners, including on imperious animals like Sprinter Sacre and Bobs Worth.

Rarely will Geraghty come into contention for spare rides due to Henderson having a horse for all the top races at Cheltenham, but Irish trainers Harrington, Tony Martin and Colm Murphy have all used Geraghty when he becomes available.

Geraghty’s lips must be wet with anticipating about jumping back on Henderson’s string that includes Gold Cup here winner Bobs Worth, and looks to take all the beating once more in 2014 at 2/1.