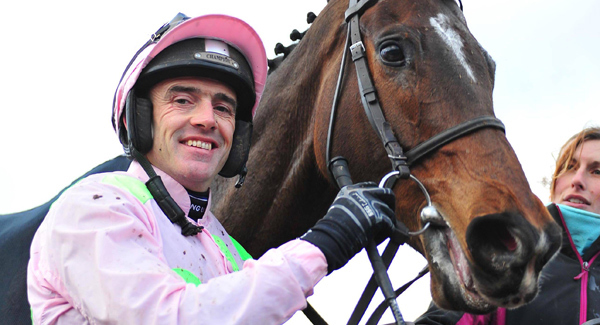 Richard Moore continues his ante post look at the Cheltenham Festival as he casts his eye over the Arkle – is there any alternative to Douvan?

One of my favourite races of the week, the Arkle Novice’s Chase over 2 miles rarely seems to throw up anything but a top class winner.

The roll of honour from the last few years includes Moscow Flyer, Azertyuiop, Sizing Europe and Sprinter Sacre to name but a few.

There have been three winning odds-on favourites in the last four years, and this year sees another one trying to add his name to the illustrious list of winners.

Douvan has been all the rage for this race since winning last year’s Supreme Novice’s Hurdle so impressively, and his position at the head of the market was only solidified further by three very impressive chase wins this season.

He has never been beaten since coming to Willie Mullins stable from France, and if anything looks to be improving with each run.

His jumping has been good for the most part (he guessed at the last on his debut), and his engine is immense.

In short, anyone betting against him in this race is betting that he will have an off-day, as all evidence seen so far suggests his current price of 2/5 is correct.

Of course, horses are not machines, capable of having a bad day at the office like anyone else.

The fact that Douvan is such a short price means that some generous odds are available about some very talented horses in the market behind him.

With plenty of bookmakers offering one quarter odds for each way bets, there may well be some value to be had. The other option of course is the ‘betting without’ market, essentially a bet to win or come second to Douvan.

This market in particular interests me, as an each-way bet here could mean the first four places (assuming Douvan fills one of those!).

The logic here is that small fields are not uncommon in the Arkle, and this bet may just require your selection to beat a couple home to get paid.

Vaniteux is undoubtedly talented, but for me hasn’t really followed through on his potential. The current second favourite didn’t impress me with his jumping when beating the useful Arzal last time, and there were no excuses when he was second to Ar Mad at Kempton over Christmas.

His price is too short for me at around 6/1. Ar Mad is a bold front runner, who jumps magnificently, normal ingredients for a top two-mile chaser.

However, his trainer has expressed reservations about the suitability of a left-handed track for this horse, though those fears were allayed somewhat with a convincing win in lesser company at Plumpton this week.

He looked top class in beating Bristol De Mai in Sandown earlier in the season, but he hasn’t gone unnoticed in the betting, and is around 3/1 in the ‘betting without Douvan’ market.

He has real ability, but his price isn’t hugely generous all things considered.

The horse I am drawn to is Garde La Victoire. Trained by the in-form Philip Hobbs, this horse has plenty of course form at Cheltenham.

He won last season’s Greatwood hurdle under a big weight (beating Vaniteux in the process), and this season has a novice chase win at the track to his name.

He hated the heavy ground last time out at Ludlow, but still won, and is underrated due to his tendency to idle when he gets his head in front. He doesn’t win anything impressively, but his winning streak has now extended to four races all the same.

Faster ground should bring about improvement, and he has nothing to find on ratings anyway to be placed in an average Arkle.

He is apparently still under consideration for the JLT chase, but as soon as his target is confirmed (hopefully the Arkle!), I think he should be backed at 8/1 in the ‘betting without Douvan’ market.

Those feeling adventurous could even consider a little bit of the 20/1 each-way in the normal market too.