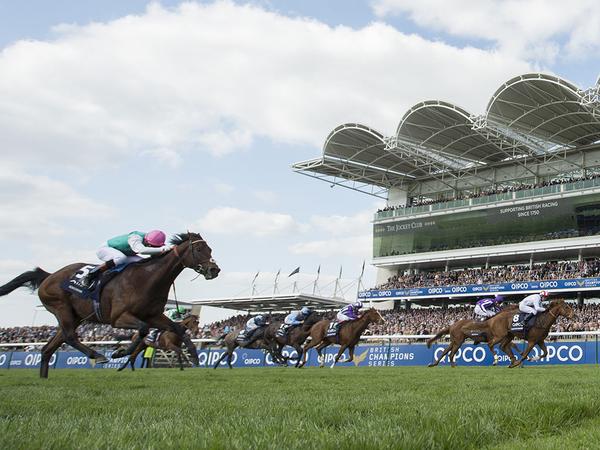 If you hadn’t heard. The flat is back! Why? As it’s Guineas weekend.

This is when it time to forget about fences, flags and Nicky Henderson and start concentrating on draws, Ryan Moore and trouble in running

This weekend’s meet at Newmarket is always a cracker and a real scene setter for the season ahead.

The 2000 Guineas is the feature and this year’s renewal looks an intriguing, if not vintage, one. Gleneagles has been the talking horse all winter for the all-conquering Aidan O’Brien stable.

He landed the big two-year-old races last season and is the choice of Ryan Moore but he lacks a certain star quality. Maybe that’s because he does little in front so never looks that visually impressive but he is very hard to fancy in a race of depth at 3/1.

His stablemate Ol Man River is a much better betting prod portion at 6/1 but again there are major doubts about his true ability and whether he’ll be quick enough to deal with the mile. This looks a stepping stone for the Derby for him.

The Richard Hannon foursome of Estikhaar, Ivawood, Kool Kompany and Moheet all don’t jump out at their current prices either. Of the four it’s Kool Kompany that rates as the best value as he’s guaranteed to run his race from the front.

The weakness at the top of the market leaves the race open for a complete turn up in my eyes and the horse who simply has to be backed is Celestial Path at 20/1.

He has plenty of star quality and is very unexposed at the top level on this kind of ground. He can be marked up for a terrific effort on soft ground behind Elm Park in the Racing Post Trophy.

He was well beaten that day by a machine on that kind of ground but travelled nicely and showed he stayed the mile by plugging in gamely despite hating the ground.

Before that he look potentially very special when winning a Listed race at Hamilton and that form gives him enough of a squeak on it’s own.

Trainer Sir Mark Prescott doesn’t beat about the bush when entering horses at the top level – in fact, this will be his first ever runner in the 2000 Guineas – and reports suggest he’s by far the best miler the shrewd trainer has had in his yard for a very long time.

He’ll certainly need to be well above average to win it with the ground in his favour, the 20/1 looks very juicy with each way stakes in mind.

Remember to make sure your bookmaker is paying four places too. It’s absolutely crucial.