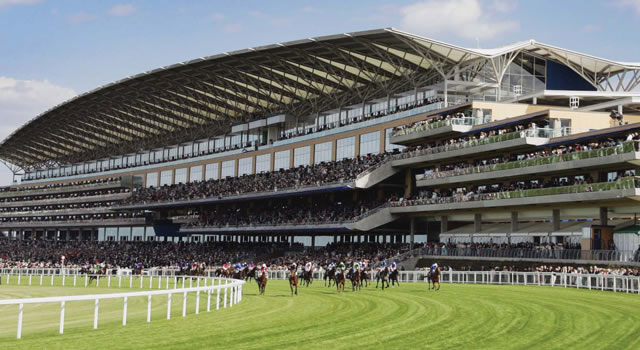 Day Three at Royal Ascot and confidence is high within the ranks after a profitable Day Two where we had a 5/1 winner in the Jersey Stakes.

That, along with Magician’s runner-up finish in the Prince Of Wales’ Stakes (4pts EW) made it a very tasty day at the Royal meeting.

Today looks another fantastic punting day and I’ve again got a couple of strong fancies.

Bet of the day is Bright Approach in the Ribblesdale Stakes around the 11/2 mark.

It seems we have missed the boat a bit with this filly as she was available at 8/1 last night but she is still of interest at the advertised price.

She looks a potential star in the making for in-form trainer John Gosden, who saddled The Fugue to victory in the feature race yesterday. Her maiden win first noted me to her ability as she strode clear in fine style against some very decent types, four of which have gone onto to Frank the form, including Marsh Daisy who landed the Height Of  Fashion Stakes at Goodwood.

Bright Approach is bred to relish the 1m4f trip and is taken to bounce back from a disappointing run at Chester last time, where she had legitimate excuses.

Gosden reported that the filly was found to be in season after the race where she finished a staying on third behind two horses that got a soft lead at Chester.

That form is working out terribly but on a more conventional track, the selection should be seen in a better light and can get the better of Inchilla, who was a tad unlucky to only finish fourth in the Oaks. This race has come around soon enough though and there must be a big possibility that she’ll bounce.

Bright Approach has plenty in her favour today and it would be a huge surprise not to see her play a big part in the finish. Get on with three point each way stakes.

We’ve got Royal Diamond running for us in the Ascot Gold Cup at a big each way price, so there’s no need to go into too much detail regarding the feature race.

A race I am interested in is the Terenecy Stakes and I’m willing to give one more chance to the hugely frustrating Cloudscape for the Gosden team.

This horse looked a Group horse in the making when winning a very good handicap at Newmarket in April but has struggled to build on that since, finished tailed off at Newmarket again before running with much more vigour when touched off by Top Tug on the July course last time out.

There was much more to like about that run as he traveled powerfully under a big weight but perhaps pulled too hard in the early stages to do himself justice.