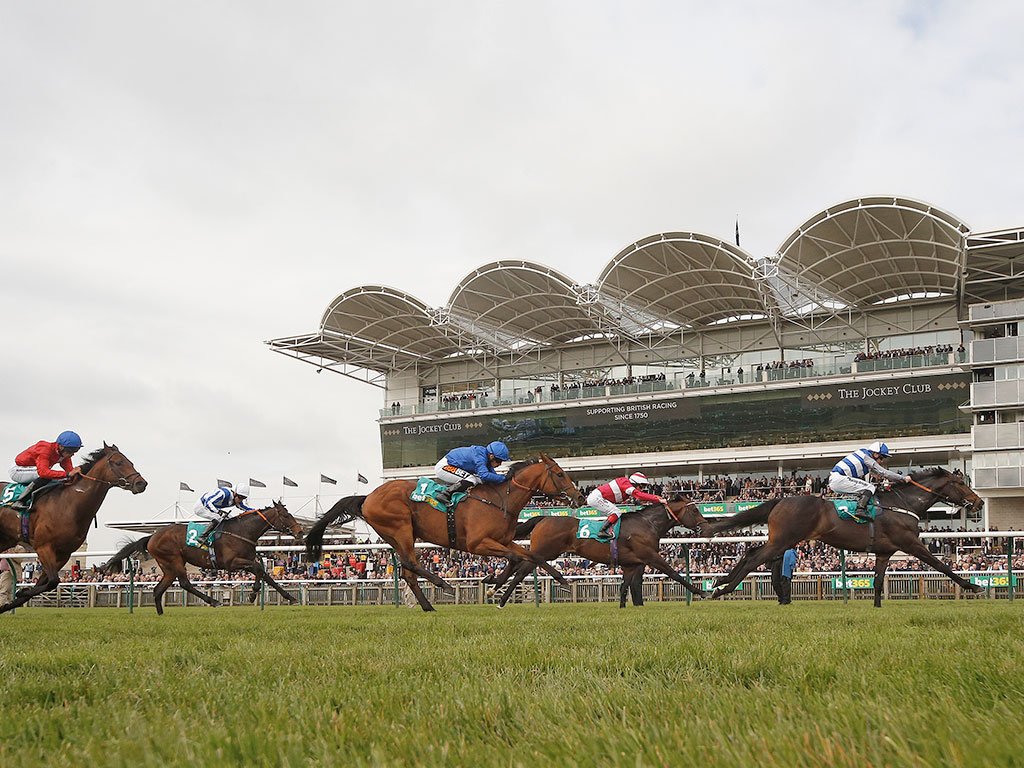 Decent days racing at Newmarket yesterday with two winners and a second place out of our four selections. I’m hoping for more of the same today as the Newmarket Festival continues Sunday with the feature race, the 1000 Guineas.

Day two of Newmarket’s Guineas meeting today where the opening race is at 1:50.

It’s a 1 mile 4 furlong handicap and 13 horses make up the field of runners. I give live chances to course and distance winner Frontiersman and Mainstream who is owned by the Queen. The one I like though is the ex-Irish trained BIG COUNTRY. This horse showed a decent level of form without winning for his former trainer Charles O’Brien.

He has been a changed horse for his new connections though. He has won two decent handicaps on the all weather this season so far.

The form of those have worked out well. He’s back on turf today, should have no problems with the change. He looks a solid favourite and could well make it three on the trot today.

The 2:20 is the Group 2 Dahlia Stakes which is for fillies and mares and 9 runners go to post. Skiffle looked a promising sort early last season when winning a listed race at Goodwood. She disappointed in the Oaks at Epsom when 5th. Today’s rival Somehow finished a head in front of her that day.

Somehow beat Skiffle by a wider margin of 7l on her next run at the Curragh which suggest that she has progressed past Skiffle. Somehow has had 2 runs already this season and seems to love her racing.

She won a listed race a week ago in good style at Gowran Park and I think SOMEHOW can follow up again for an inform yard who had two winners and a 2nd here yesterday. The Roger Varian trained Nezwaah looks the main danger.

The 2:55 is a 6f handicap with 15 runners going to post. When looking at this race one horse stood out for me and that is the Kevin Ryan trained BIG TIME. This horse was an improver last season and was very unlucky in quite a few of its runs in big handicaps.

He ran really well over this trip on the all weather back in January. He doesn’t have the best win strike rate but I think he’ll go close today given a clear run. Projection, Gunmetal, Eastern Impact and Mr Lupton all have decent chances. Of those I can see Mr Lupton chasing home the selection.

He found listed and group races too difficult last season but could go well in handicaps now.

The 1000 Guineas is the feature race on the card at 3:35. Churchill took the 2000 Guineas yesterday for trainer Aidan O’Brien and he could well land the fillies equivalent too. He has three runners and his son Joseph also has a runner. The one they all have to beat here is his Galileo filly Rhododendron.

This filly won 3 times as a 2yo and the last of those was her best run when taking the Group 1 Fillies Mile over course and distance. The vibes from Ballydoyle about this filly are very strong and I think RHODODENDRON can land the Guineas double for Aidan O’Brien today.

There is an outsider I also give a good chance to it this and that is the Richard Fahey trained QUEEN KINDLY. This filly is a daughter of Frankel. She won a Group 2 last season as a 2yo and stayed on well at the finish on her seasonal reappearance.

That run suggested that she would get this 1 mile trip.

Rhododendron is the selection but I’d suggest doing a small each way bet on Queen Kindly too at 33/1.

The 4:45 is the Pretty Polly Stakes a Listed race.

It is always a very good trial for the Epsom Oaks. John Gosden has won this race for the last 3 years and could well do so again with ASTRONOMY’S CHOICE.

This filly won nicely on debut last season in a maiden over 7f. The runner up came out and won a decent race since.

She should love the step up in trip as she is bred to be a top middle distance filly.

The well named Horseplay looks the main danger based on her form but I think Astronomy’s Choice will take this.